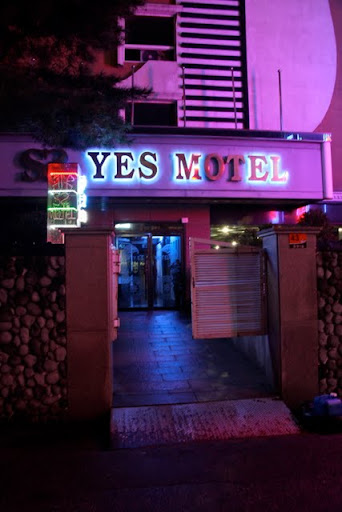 It was another weekend romp with my new travel BFF, Chance and we were on back on our weekend tour of Korean Love Motels. Again.

On the way back from a misty day sightseeing Boseong Tea Fields and the green tea saltwater spa at Yulpo, we decided to sleepover in Suncheon.

We arrived in Suncheon bus terminal at 11PM, headed straight for the flourescent lights and the first cheesy-sounding  motel.
.

Love motels are one word… fun! My first stop of my love motel tour was Motel BMW.  The name sure rang a bell,… but I didn’t expect BMW as the type of company to sport a motel of this nature.

The front desk clerk tried convincing us that being a Saturday night, all the rooms in town were sold out

and he had the last one.  That was not true. There weren’t any Korean festivals or conventions to my knowledge.  There were several motels in the neighboring radius; and I didn’t believe Suncheon would be that sex-crazed a city to warrant each pad fully booked. 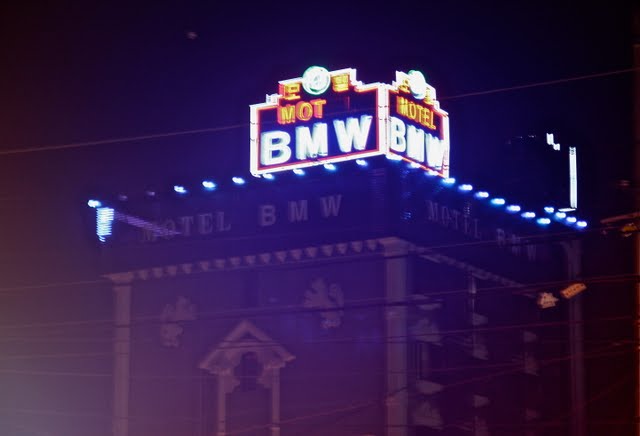 Most motels around the bus station go for 30,000W/night (approximately $28) for a deluxe to queen-sized bed ; it’s 35,000W/night if you want PC computer in it.  Motel designs we saw weren’t chic, kitschy or attention-grabbing, in the least and most rooms only offered basic amenities. Disappointing.  Jeonju’s motels left us with such high hopes… 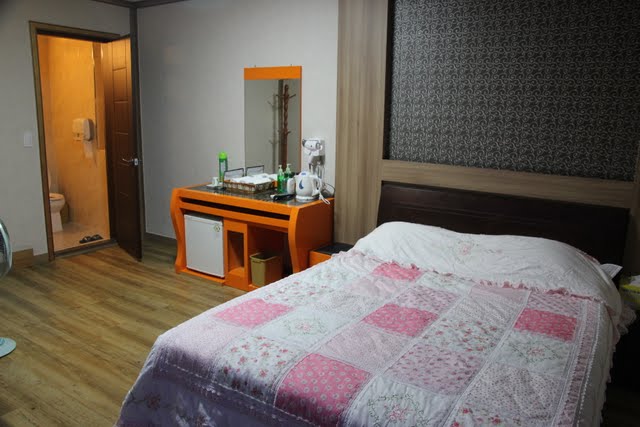 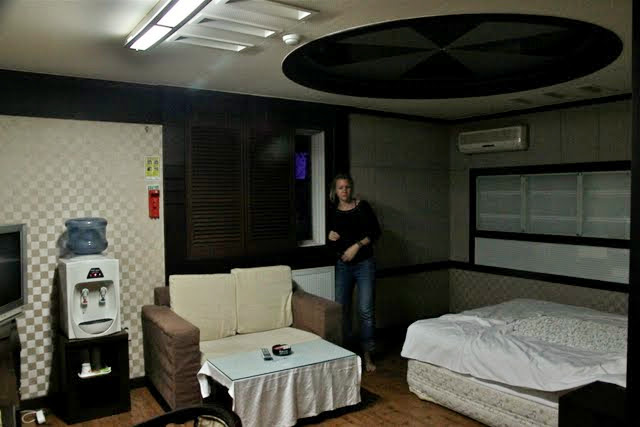 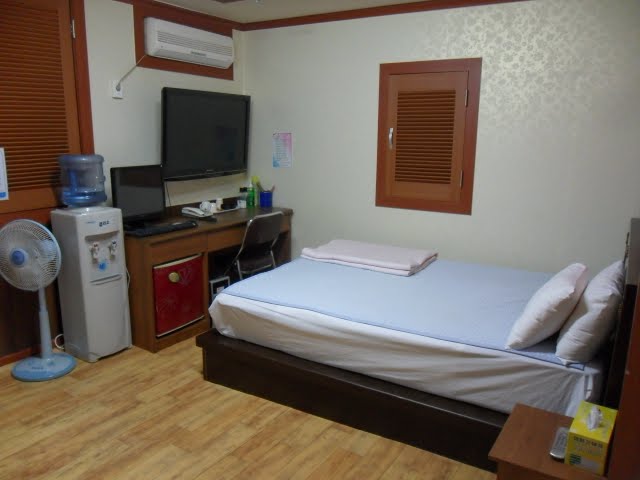 We saw 5 or 6 different love motels. By midnight, we had a winner. At 60,000W we splurged on a VIP room at the Hotel Savoy. It looked classy, Sheraton-like and it was Chance’s birthday weekend. Our room had a deluxe bed, living room, separated bath and toilet rooms, our own Windows PC, shower robes and uh,… free Korean Playboy. 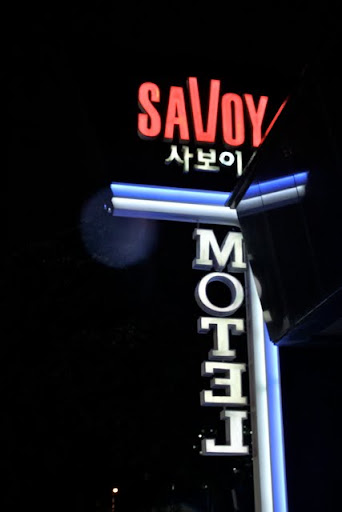 Not quite sure which way I should read this… 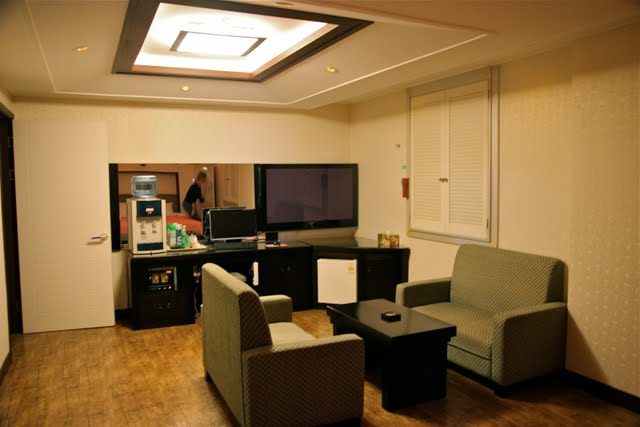 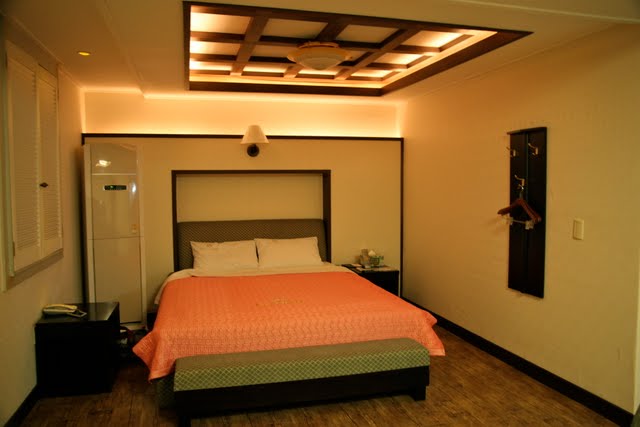 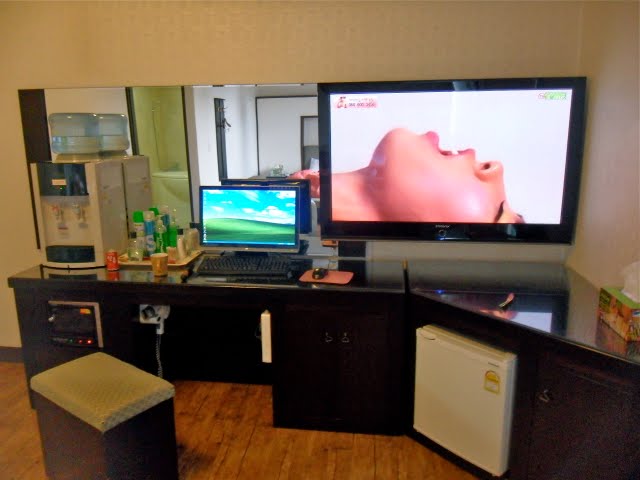 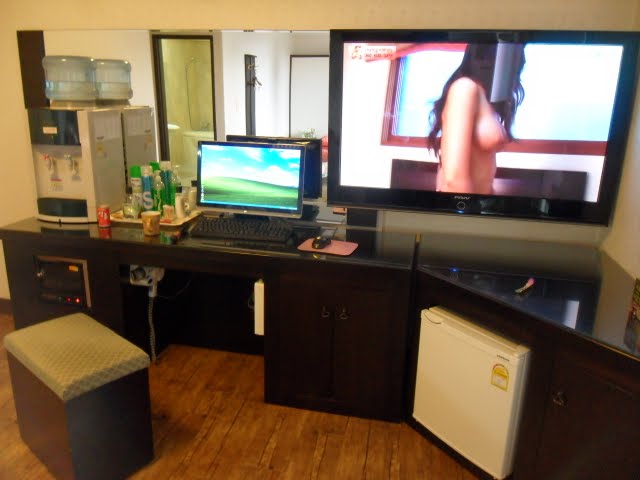 I’m sorry, I could only last those two shows and they were snoozers! I switched the channel to get my blood racing again and landed on Wanted, where Angelina Jolie made holding a machine gun and spraying bullets in a convenience store look 10x hotter! Where to stay in Suncheon:

There’s many love motels within the neighborhood of the Suncheon bus station. As I mentioned before, just follow the neon lights and funny hotel name signs that are in English. Hotel Savoy is north of the bus station but you’ll need to ask around.

What to Do and See in Suncheon in 24 hours?

you can do in Suncheon, we were only there for 3/4 of a day and needed to get back to Daegu. It was a Sunday and Monday it was back to work. Two main things of interest there is the Suncheon Film Studios where you can take a location tour of popular Korean Dramas and  Suncheon Ecological Bay.