Ever since I’ve been back in Hawaii, I’ve noticed a change.

That’s not a word (I know), but it’s the only way to describe the transformation Hawaii’s been undergoing. Imagine my shock when I returned to discover that Hawaii has a K-pop radio station, a chain of Korean Supermarkets selling items from the Motherland (…and that I thought I’d miss), a Face Shop, a Teddy Bear World (very similar to the Teddy Bear Museum), etc…

Whenever I miss Korea, I don’t have to go very far to find it!

Much of this spreading interest to in Korea, is largely due to the popularity of Korean dramas and Kpop. Well, “popularity” isn’t quite the word…

Call it a fever.

Until now, the ethnic group with long-standing media pull in the Hawaiian Islands were the Japanese.  As a minority, they’ve been known to reside as one of the Pac-Asian ethnic ‘majorities’ in Hawaii, with Filipino and Native Hawaiian following behind. As a result, Hawaii’s had a local TV station for Japanese programming, since as long as I can remember. Memories of watching Kikaida, Power Rangers, samurai shows and Japanese game shows in the living room of my Japanese grandparents’ house weaves into my childhood.

Claiming only 1/10th of the Asian melting pot, the Korean community hasn’t held much of a cultural spotlight in Hawaii. As a community, they’re often know for producing lots of  … (I hate to say it) Korean bars and BBQ restaurants.

Today however, due to the local appetite for Korean dramas, there’s been a renewed interest in Korean culture. Drama fan clubs have sprouted up through the island  and has many looking at Korea as a travel destination, replacing the long-time favorite, Las Vegas!  Moreover local Korean businesses are popping up and companies from Korea are eyeballing the local market as well; even Hallyu mega-star Bae Yong Joon opened a Gorilla in the Cafe location in Waikiki, to represent his cafe chain!

KBFD TV (a local cable station) strings out a schedule of freshest Korean dramas to come out of Korea and it has a large audience DVD-R-ing the shows and readjusting their schedules to watch them ! 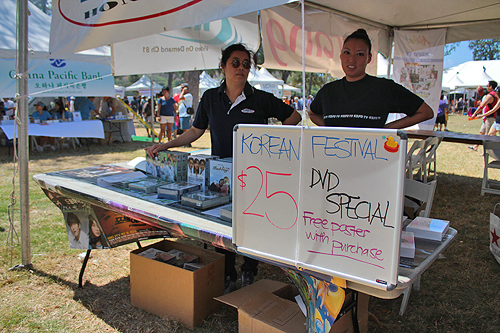 So what would the recent 11th Annual Hawaii Korean Festival (more coming in part II ) be without a bit of Hallyu drama fever?

There was a cultural exhibition, which housed historical artifacts, displays of traditional clothing and an exhibition of Korean drama and Kpop posters and Hallyu fan memorabilia . 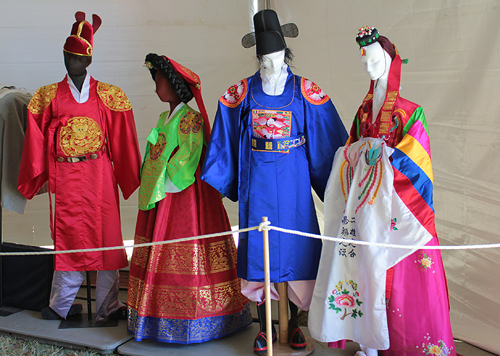 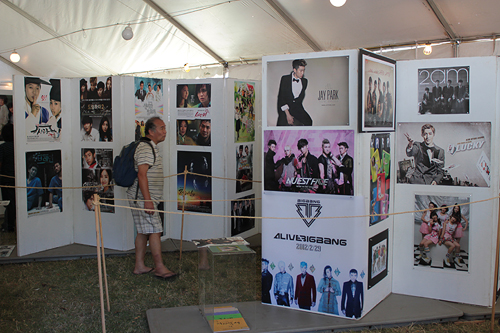 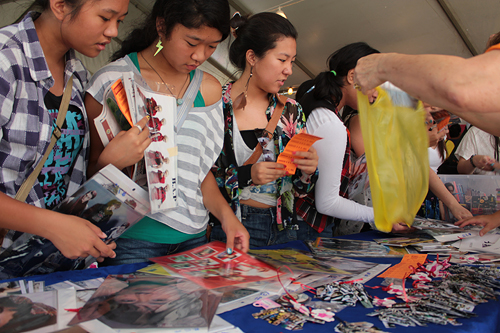 Kpop memorabilia- keychains, posters, notebooks with the face of their favorite Korean stars

I’d be a hypocrite if I said that I’m immune to the Korean drama craze. I’m not. I love that the dramas for several reasons: the unique viewpoint of the Korean culture, the emotional roller coaster of the story, there’s always super-humanly beautiful stars and often, there’s a nice Cinderella romance story that audiences never tire from… and I get to practice listening to the language!  In fact, it’s even rivaled my long-time passion for Bollywood films .

So I was curious to see if the Korean Festival’s rumored celebrity guest, Seo Ji-Seok, would arrive.

Ji-seok made his rounds around the festival grounds and then kindly submitted to signing autographs for a long line of female fans.

Now I’ve been to at least six festivals in Korea so far and this is the first time I’ve actually seen a Hallyu star attend one! Gotta give it up to Hawaii for being the exception.

And how did he look in person? Uh, well-primped and pretty damned beautiful! (… and he’s 6 feet tall too!)

All around Ji-Seok didn’t let his Hawaii fans down. …Not in the least.

Rather than waste words, I’ll leave you to the pictures… 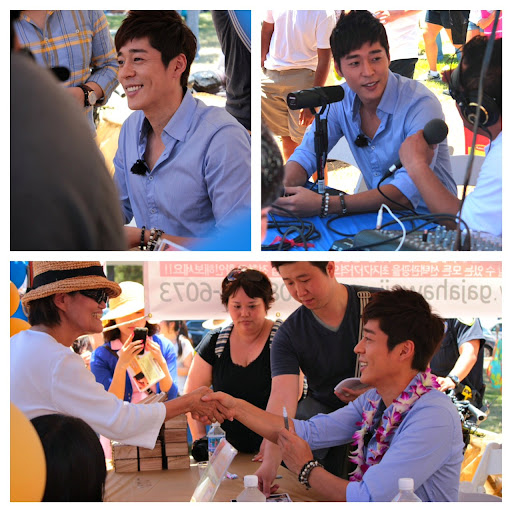 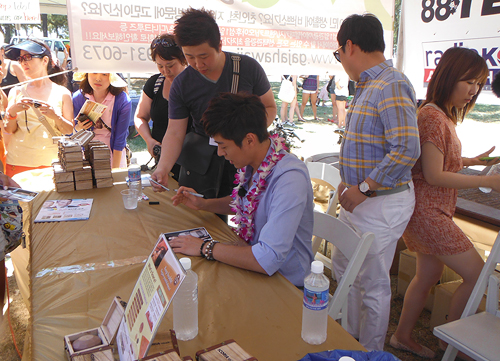 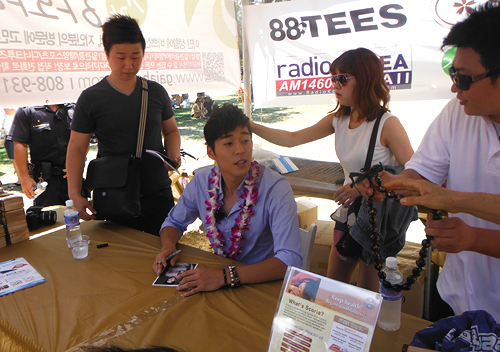 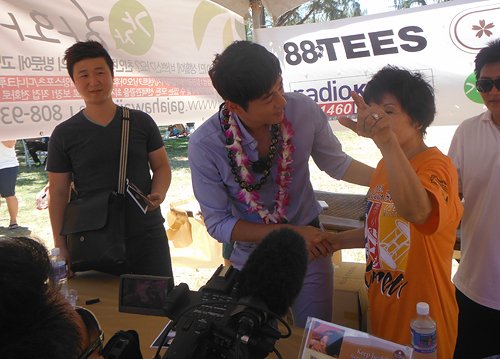 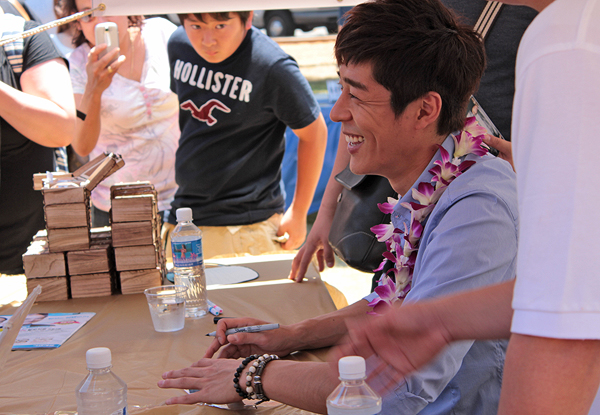 Now that is one handsome man: Feeding A Korean Drama Addiction – Hallyu’s Seo Ji-Seok in Hawaii http://t.co/YNEVfpfr via @grrrltraveler

I did have something to write about how Korean culture is becoming more popular around the world, but all that was forgotten and I just started drooling over the pictures of Seo Ji-Seok instead.

Super interesting. I grew up in Hawaii and was addicted to a show called Oshin – you’re right, Japanese culture prevailed. I haven’t been back in years, but we are moving to Japan next year so I’m keeping fingers crossed. Now that I’ve read this, I’ll be ahead on the culture curve 🙂

@Jenna: Wow, didn’t know you were a fellow kamaaina! Congrats on Japan- how exciting- that’s definitely something to look forward too!

That’s so cool!!! I wanted to go, but I was too busy! UGH! LOL I can’t wait for the Okinawa Festival. Yummm…. andagi! Hopefully, I’ll see you there!

@Jen: Don’t think I’ve been to the Okinawa Festival here yet. Should be interesting. Maybe I’ll see you there.