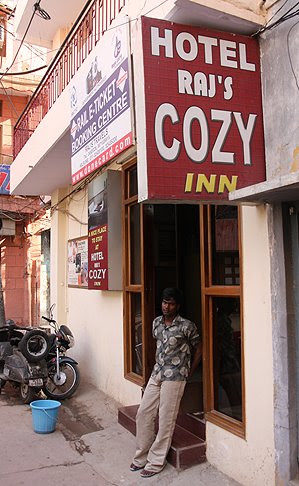 From the outside, Raj’s Cozy Inn Hotel doesn’t look very inviting. But in Paharganj, Delhi’s budget hotel and backpacker district, most hotel welcome mat come stained as a general standard.

Surprisingly, Raj’s Cozy Inn Hotel is not in Lonely Planet’s Guide to India. I found this hotel because the two hotels that were in my guidebook, Hotel Namaskar and Smyle Inn, were fully booked. Hotel Namaskar, referred me to RCI,  just around the corner. The hotel itself is smaller with less rooms on each floor, but it was a newer hotel.

The lobby and rooms were clean and bright. My room was fairly spartan-  a double-sized mattress  w/ fan, TV and western style bathroom- but it cost me around $13USD/night (600 Rs). Not cheap for India (read here), but for Delhi, …not bad.

The second night I was still curious about Hotel Namaskar. A Lonely Planet recommendation must mean I might score a better room. An extra bonus was that they’d also help you book cheap drivers and tours. But when I checked out their rooms, the hallways looked run-down, like they were storage space and the room I was shown in the back, looked like a dungeon with no window. Worse, their rates were higher!  So I returned to Cozy Inn, a grateful resident. I still booked a driver through Hotel Namaskar though.

I would go back to Cozy Inn Hotel again. 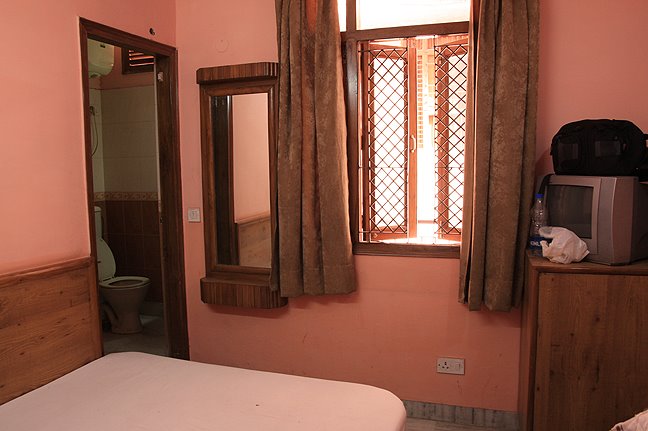 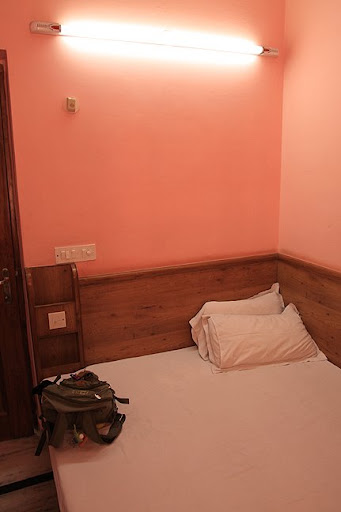 Previous Post
How to take the Delhi Metro, get an Indian SIM & make new friends
Next Post
Festival time in Delhi with friends

Must Have Travel Gift Guide for 2020