Hawaii’s Annual Korean Festival was hot, yet so coooool.

Being back from Korea, I’ve had my moments where I miss Korean culture and food. I spent a year entraining my life, mind and tastebuds to adapt, accept and love all the spicy foreignness of that culture; inevitably, I got Korean-ified.  Now it occasionally, rivals my old lifestyle.

This was my first Korean festival in the Hawaiian Islands though. While no cultural fair does it as good as the real thing, Hawaii didn’t do a bad job at all.

Why was I there on a Saturday?

Aside from missing really spicy kimchi and things Korean and wondering if Hallyu’s hottie Seo Ji-Seok would show, my family signed me up as a  volunteer with the Hanguk Drama Friends Club (of which my mother and sister are now official members) .

What made the Korean Festival worth your Saturday?

There were food booths and company sponsored tents, where you could play games and win prizes. The Korean Artists Association of Hawaii had a craft tent (like festivals in Korea have), which let you make a paper lotus, do face paintings, ink rubbings, etc…

But I’m all about being entertained.

So give it to me…

From Taekwondo exhibitions, Korean dance and drumming groups, Samul Nori music, flash mobs and eating contests… there were ongoing cultural events and performances, which gave locals more than one reason to love Korea. 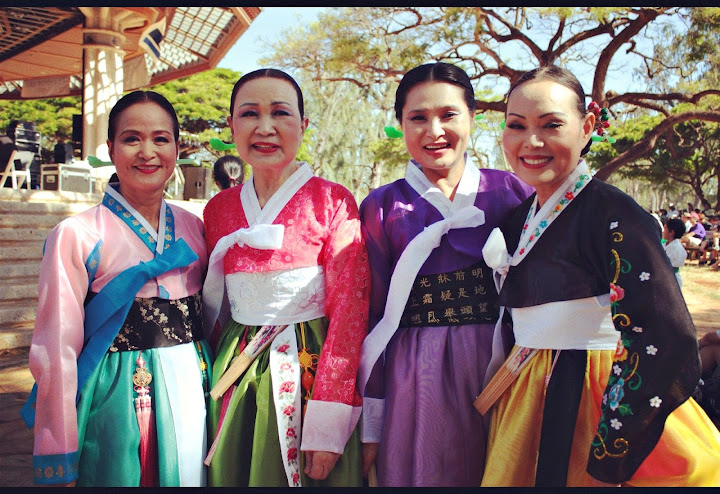 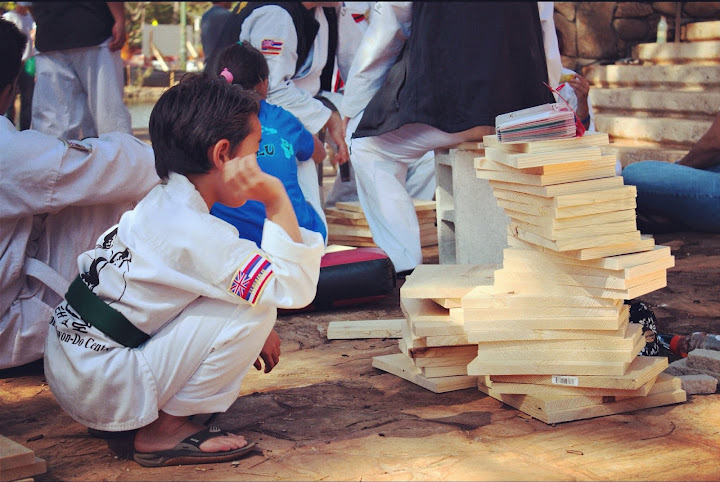 [youtube=http://www.youtube.com/watch?v=YS897aZpTxM&w=560&h=315] .
Here’s one of the dance groups I got to see and marvel at. They were really quite incredible and I wish I got their name!

What is Flash mobbing?

It’s a form of expression that’s been popping up around the world. People converge at a place to perform a curious act for a short period of time and then disperse. Examples of it can be seeing a group that breaks into a dance that goes viral in a train station or in a market square.

K-pop in Paradise Hawaii brought their own flash mob act  to the festival to show their Korean inspiration… K-pop. They also have a bigger goal– to draw the attention of SM Town, so that the company will have concerts in Hawaii. SM Town is a big Korean entertainment company, which houses splashy K-pop groups like Girls Generation, SHINee, Super Junior, etc… (check out their YouTube channel here)

Making a mess at with Choco Pies

What are Choco Pies?

They’re graham cracker sandwiches- with a layer of melted marshmellow in the middle- dipped in chocolate.

It’s one of Korea’s favorite snacks! Don’t ask me why because I personally, think they taste like cardboard. But they worked like magic on my Korean summer camp students as reward prizes.

So what’s more fun than a Choco Pie Eating Contest for kids and adults?

A Nintendo-like game and an iPad were the prizes.  It definitely tempted a strong lineup of people to stuff their faces with large quantities of choco pies!

The Heat and the Spice of a Kimchi Eating Contest

How fast can you wolf down a bowl of kimchi?

The spiciness is the largest obstacle.

Koreans eat kimchi everyday. It’s pretty much in every meal, so they have no problem dealing with the chili spices. But give it to a non-Korean and you’ve got a challenging race on your hands. The kimchi eating contest ran fast, furious and ended with many watery eyes and noses. The contestant who could finish their bowl the quickest won.

Last but not least the food…

What would a Korean Festival be without Korean food?

Unfortunately, if you were hoping to be engulfed in a world of only kimchi, bibimbap, jigaes, jun and rice cakes, you might’ve been a tad disappointed.  Keeaumoku Supermarket (a Hawaii Korean grocery/food market) had three tents to ignite the Korean flames under the Hawaiian heat. On the whole however, restaurant tents stayed fairly safe, catering to the standard ‘Hawaii’ carnival palette of garlic shrimp plates, chicken katsu, roasted corn,… and as you might guess, Korean BBQ!

On a cooling side, the festival had foodie surprise guests– Waiola Shave Ice and Snow Factory— which was a welcome escape from the heat. But also brought to attention one cultural faux pas… 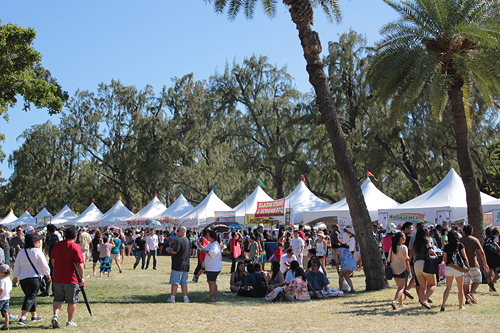 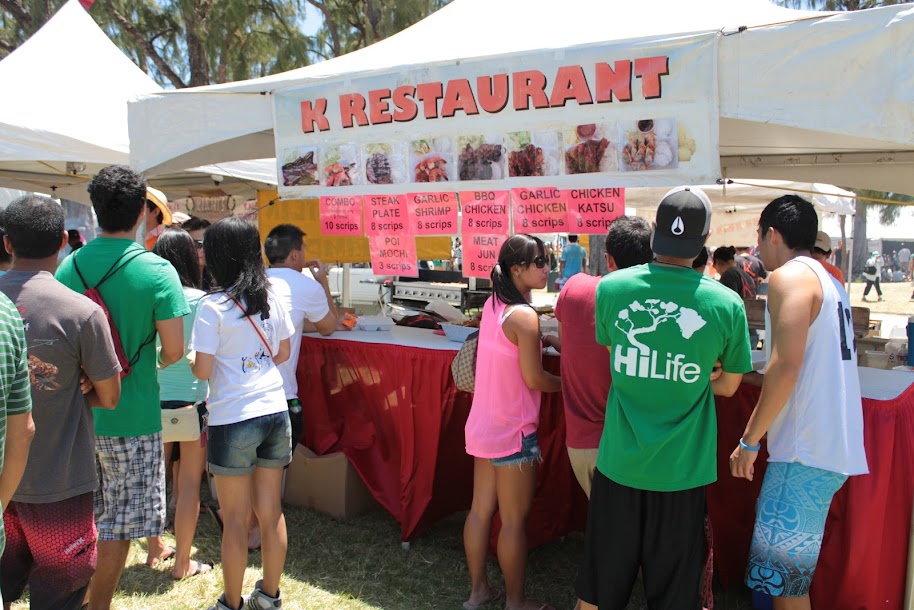 Although Japan and Korea share similarities in culture, they also have a tense rivalry. Mention Dokdo Island (a small island in dispute between Korea and Japan) to a Korean in Korea and you’ll ignite a heated or disgruntled sentiment.  Koreans are proudly Korean and equally territorial.

In Hawaii however, the rivalry isn’t strong. The melting pot notion has created a fairly cohesive bibimbap community.

Still, I wonder if small tics unhinge… like being at your own festival and having to order dishes with a Japanese name?

Waiola Shave Ice  served up an awesome frosty dish with red beans, which largely resembled Korea’s patbingsu (with red beans, condensed milk, mochi balls, but minus fruits). It was called “Azuki bean shave ice “.  As I mentioned in my previous post, Hawaii has a large population of Japanese. As a result, many foods are locally recognized by their ‘Japanese’ names.

Azuki is Japanese for red bean.

Pat is the Korean name for it.

And the only reason I know this …. is because when I lived in Korea,  I noticed that tofu and azuki beans are common foods ( godsend news if you’re a vegetarian in Korea).

…But they aren’t called by those names.

The other word that screwed me in Korea was..

Hawaii is far from politically-correct.

I wonder what it would be like if Korea had a Hawaii Festival?  Wouldn’t it be interesting to see what their faux pas would be?