Am here experiencing the Louisianna Bayou for the very first time. I think this warrants a blog as being a country of its own. I am here on a casting shoot for a reality show and I’m here for all of 4 days. I haven’t seen a croc yet nor have i been able to go on a swamp tour, but I have had a bucket of spicy crab and potatoes with southwestern style chipotle sauce. And I’ve been to Blue Bayou enough to know now that it is somewhere real, nothing about it is visibly Blue and it came before the song. 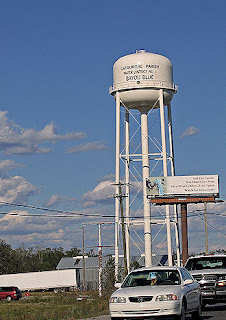 I asked someone where’s the Bayou. They laughed at me and said, I was in it. Houses buried deep in the swamps, guarded by crocodiles was my fantasy, but its a tad bit more modern than that. For now, its swampy marshes that weave through farmlands and occasionally residential areas or it exists as roadside marshes. Perhaps my mythical version of the bayou does exist somewhere but takes a bit longer and more concentration to find. While Target, Walmart, Best Buy, Wendy’s all erase the notice of crocodiles slithering in swamps, I find other culturally fascinating things that set it apart from the rest of the USA.

Is that marbles in your mouth ?
I heard someone speak Cajun the other day. I think. It was a phenomenon to be experienced. Its as if a radio signal picked up every language in the world, scrambled them together and spit them out. Could not pick a single word out. I’m pretty good about languages and recognizing them/picking out words from my basic vocabulary- german, french, spanish, japanese, hindi, etc … But Cajun is a mixture of Anglo and French spoken with a particular accent of Southern Po-dunk Pidgin. For those that speak normal english, there doesn’t seem to be a hint of “TH” in anything. (ie. “Dey were goin’ wid dem” -but try recognizing the words when they’re spoken very quickly…”Dy w’gon widdm”. Now mix some southeren Po-dunk pidgin french in there and see how far you get!)

men with long toy sticks;
I visited the house of the girl, S., i’m casting for MTV’s Engaged & Underage. I met her father and found he had 5 rifles. (… and this number began to gradually grow the more I expressed an interest in them.) To those who don’t know better, like myself, there is an art to hunting with rifles. Some of these rifles hold 3-5 shots in them and the length of the rifle and barrel size designate what kind of animal can be shot. But don’t let the length of a rifle fool you- it still takes a pretty long rifle (around 2′ ) to kill something as small as a rabbit or squirrel. And if you think that only men go for game, women and 18 yr old girls do too.

What do kids do for fun out here in the Bayou?
Other than huntin? Tubing. (my convo with S.):

S: My dad has a swamp boat an’ we tie our rubber tube to it ‘n have d’ boat pull us round through d’ waders. Its fun but ‘times it can be scary, ‘specially when you’re geddun pulled an’ ya see de crocs chasin ya! Last time I went was a close call. I could see de crocs comin at me an’ I was like… ‘Hurry up- pull me up quick!’
Me: There are crocodiles in the waters you go tubing in?
S: Oh yeah, lot of ’em, all d’ time…
Me: You think its fun to be pulled in a rubber tube through crocrodile- infested waters?
S: S’no different than how you surf wid the sharks in Hawaii.
Me: Yeah but if we hear there are sharks we don’t go into the waters.

dead animals
for the count of 4 days, i’ve seen at least 8-10 road kill, which stands in my traveling experience as a pretty high death count for crossing a road with fur on. Owls, rabbits, cats,…and maimed carcasses paint my intermittent driving

The name for friendly
At a tattoo parlor shooting a scene where S. has just gotten a piercing (nothing wild- just 2 piercings to the cartillage on her ear… which by the way, looked so painful it wiped out any thoughts of getting them done in the future). As we’re leaving, her piercer says to us, “Take it easy, boo”.

My ear did a double-take “whuh”? Boo?… Later on while I was in Target asking for directions, when one of the cashiers helping me with directions told me “Good luck with finding it, boo”. There was the Boo again! No, its not Halloween and who’s Boo? The cashier was kind enough to explain it to me– I’m Boo. This is just a local way of being casual and friendly in the same way a Hawaii person would say , “Hey, take it easy, brah” That’s solves the mysterious boo.

Asian friendly
I look predominantly Asian and I do brake for stereotypical racial expectations whenever I hear the word “South.” When I found out that I was traveling to the Bayou area, I was excited but also a bit reluctant. I keep thinking somewhere, I’m going to get strung up to a tree! But perhaps they’re already broken in in Louisianna- I didn’t feel any strange curiousity or stares for my appearance. Just open friendliness. I am pleased to say– No rope burns yet.