Why I did the Ice Bucket Challenge… then hijacked it!

Dump a bucket of ice water over myself? Make a video of it and then pay money? You’ve gotta be crazy.

Unless you’ve been traveling or closed your Facebook account, you may have heard about the ALS Ice Bucket Challenge , a viral video challenge where millions of people are dumping buckets of ice over themselves to raise dollars and awareness for ALS. Being I was in New York for my Travel Channel host callback audition and running around the city filming travel tips for my YouTube channel, I was too pooped and busy to be aware of this challenge at all. But recently Tom Gates (aka Seoul Tee |Red Dragon Diaries) called me for the ALS Ice Bucket Challenge. So here I am!

Table of Contents: Why I did the Ice Bucket Challenge… then hijacked it!

ALS stands for Amyotrophic Lateral Schlorosis (otherwise known as Lou Gehrig’s disease). The neurodegenerative disease affects nerve cells in the brain and the spinal cord and eventually, as motor neurons in the brain degenerate, the person loses their ability to control movement, becoming paralyzed. Initially, the hope was to raise $75,000, but the viral campaign has raised $7.97 million and rises by the day.

AThere have been interesting spin-offs too. To raise support for Gaza, a man started a Rubble Bucket Challenge by using bits of rubble and debris from the destruction (please kids, do not try this one at home!).  In celebrity circles, Olivia Wilde did her challenge with breast milk  (… uh, okay not going into that)  and as the co-founder of Water.org, Matt Damon’s ice bucket challenge used toilet water to promote help promote his cause for the lack of clean water in developing countries.  And certain celebrities have also declined the challenge as well for various reasons.

How to perform the #icebucketchallenge?

The rules of the ice bucket challenge goes as follows (keep in mind, before performing my challenge, I actually wasn’t aware of the rules).

1. If you choose to do the Ice Bucket Challenge, you donate $10, create your video and nominate three people.

3. You have 24 hours (I actually heard it was 48 hours from other sources) to perform it and upload it.

4. Post it to social media using the hashtag #icebucketchallenge

How I broke the rules of the Ice Bucket Challenge

I didn’t follow all the rules of the Ice Bucket Challenge.

When I got nominated, I was in transit at the airport. And after getting home, it actually took me close to 48 hours to research it and consider whether I wanted to do this challenge. Afterall, I don’t personally know of anyone who has ALS and not to sound like a Grinch, but shooting and editing a video of myself pouring ice over myself is actually hard work. For me, creating a simple vlog, still takes a level of planning and creative execution.

I made my donation though.

But I did not pay the $100 late penalty. Why not? I think the answer is that “I’m an adult with a free-thinking mind” and a $100 penalty is an excessive fee for any American to pay for an imaginary deadline! Why I did the Ice Bucket challenge, then hijacked it

While I believe all acts of charitable goodness are awesome, I also think it’s a little silly when people jump on a bandwagon for things they don’t believe in. Also the fact ALS has raised an obscene amount of money for any non-profit organization to hog up, I honestly think ALS should start donating to sister causes, before considers raising it’s Executive Director’s salary!

But maybe that’s me and a part of me is still skeptical about how much of that money will reach the people it strives to help.

Being a traveler and travel blogger, I cross the paths of many people in different lifestyle situations and I love traveling developing countries. While ALS is undoubtedly a worthy cause, it hasn’t touched my life personally enough to make me feel passionate about it. Meanwhile, witnessing poverty (yet experiencing kindness and generosity) in non-developing countries is something that has literally transformed my outlook on life. Seeing children of impoverished families playing in the streets of shanty villages is heart-breaking and yet inspiring and refreshing to me. For me, travel is not merely a destination or a plane ticket. What makes it enriching are the beauty I discover in cultures I meet for the first time, but who transform me by opening my eyes to a broader life and a greater human spirit.

Needless to say, a $100 donation to any of these families might feed them for a year! 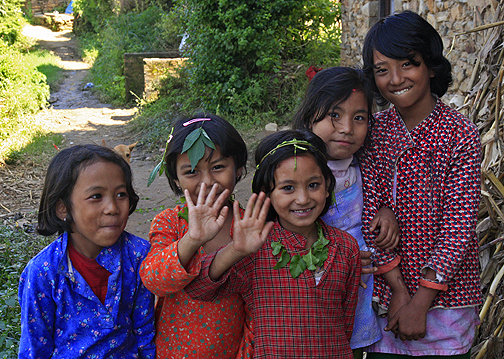 To me, these people, whose paths I cross, stand for the invisible, but powerful stories that makes this blog, even though you may not read about it. They pull my strings as a human being, artist and traveler, while molding my yearning to travel.

I’m using my Ice Bucket Challenge and donation to inspire global kindness . I feel it’s okay to use the Ice Bucket Challenge to raise awareness for other causes, which may not have a strong voice or money for such a campaign. While I thank ALS for thinking of a good campaign, I’d rather use my video-making power and monetary donation to raise awareness for ReSurge, formerly known as Interplast . It’s a non-profit organization that offers free medical and reconstructive surgery to children in developing countries. Often the surgery is something they require for healthy lives and normal opportunities.

Incidentally, Kiva.org ran a close second to my charitable causes, but I ran out of ice!

When I was traveling in Nepal I came across a teen who required medical aid. He was badly burned as a young child and his limbs were growing deformed. This was a huge social stigma in his culture and likely, he become one of the ‘untouchables’ of society. Considered undesirable, he would not be able to marry or even hold a job in public, etc… They thought they needed to raise money to send him to America, but luckily, I found an organization in Kathmandu that might help: Interplast (aka ReSurge).

Whether his family took them there, I’ll never know. But I can only hope his life is transformed as I write.

Should you do the ice bucket challenge?

There’s many charitable causes that require your support. If you’re going to do the challenge, pick one that you connect with.

If you’ve traveled,  you may have experienced a lifestyle with limited clean drinking water. Perhaps you’ve encountered a culture where education was only available to the privileged or met an local family, who took you in for a meal but declined your money.  As travelers, we experience endless stories which shape our outlook on life and travel.

Let those stories become vehicles for your making a difference.

Pay it forward, but also pay it back! 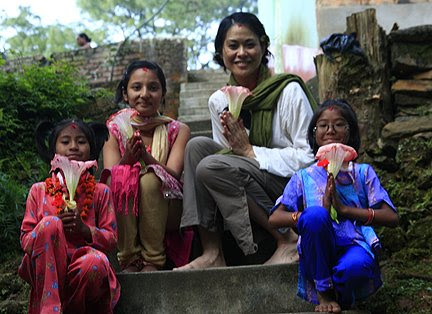 Previous Post
18 Things to Know about Sapa Before you Go
Next Post
VIDEO: How the Shwedagon Pagoda made me weep 11 Must Try Indian Street Foods in Varanasi to make you Drool!