The Hike to Gatbawi, Daegu 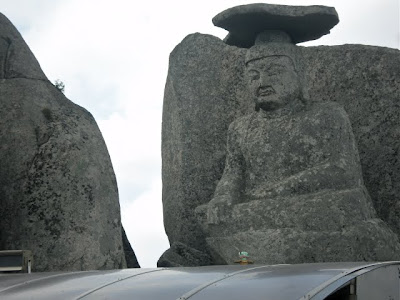 Daegu, South Korea.  There’s a saying, “You can take your wishes to Gatbawi and pray for them to come true!” But that’s only if you can reach him! The pilgrimage trail to the giant Gatbawi Buddha (aka the Stone Hat Buddha) is an intensive 3-hour hike up Palgongsan mountain and there are two ways to go about it 1) you can take the rock steps directly up a steep 80 degree incline climb or 2) go by way of a longer, winding hiking trail. Both are pretty intense but if you’re looking for a challenge, the stairway path will undoubtedly give you the toughest and sweatiest workout, as its vertical ascension offers little to no rest points! It’s a rigorous workout, to say the least. 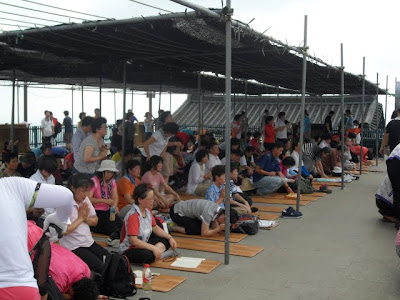 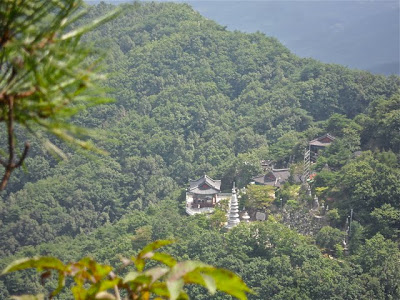 But making a pilgrimage to the top is well worth the labor. Once at the top, you can grab a matt and take in the presence of the giant monument or simply watch the weekend flock of Buddhist devotees around you, lighting candles or prostrating in prayer. Between the mountain scenery and meditating on the giant sitting Buddha as you listen to a chanting monk over a loudspeaker, you’ll find it very serene, calming and removed from the bustling noise of everyday life. In fact, it’ll feel as though you’re in another land!

At the foot of the Gatbawi Buddha and off to the side, you’ll find a giant wishing rock which offers something unique. Make your prayer wish, find a crevice or tiny ledge on the rock and balance your coin to seal your request.

A short video of the Buddhist rituals at Gatbawi 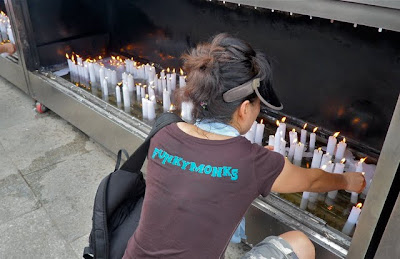 Make your prayer wish and balance your coin on the rock to seal your request. 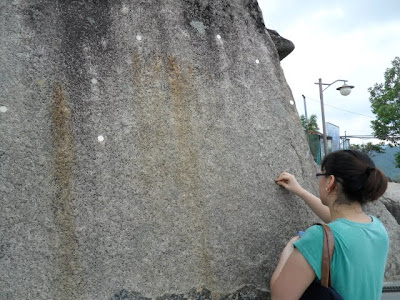 (Above) Coin wishes placed by worshippers and devotees.
(Below) My prayer wish coin. 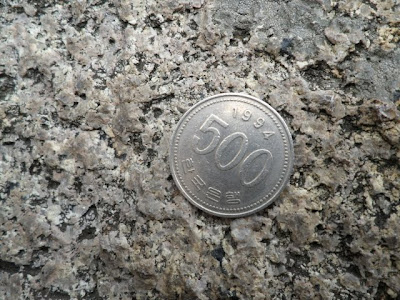 Another curious thing you’ll find around temples and occasionally on hiking trails in Korea are rock altars. Speckled throughout the trail, these poetic man-made rock mounds stand are formed by hikers and religious devotees as prayer memorials. Rocks are stacked, balanced one on top of another; the highest point ensures your prayers are nearer to heaven. 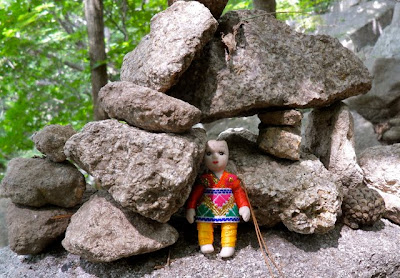 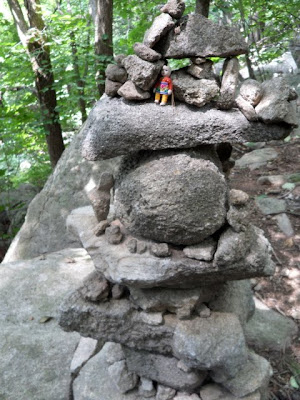 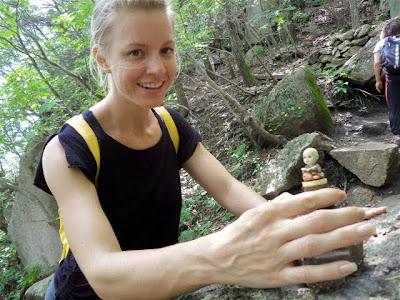 Sundays at Gatbawi seems to draw a massive crowd, as Koreans flock to the mountains with rigorous enthusiasm.  Korean hikers are a fashionable bunch, often decked out in stylish and sporty hiking apparel and gadgets, such that looking at them, you’d think hiking was professional sport! Along the trail’s rest points, you can buy coffee, herbs or snacks like fruit and corn from local vendors. Some Koreans pack entire family picnic lunches in their backpack with a bottle or two of soju (a popular Korean alcohol beverage made originally from rice)! 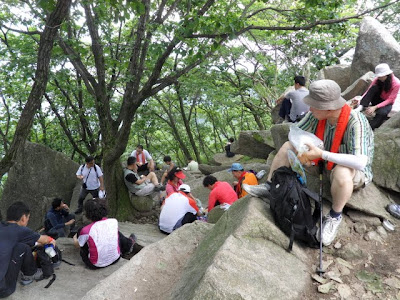 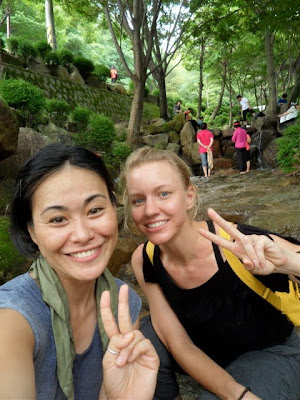 Me and my travel buddy Chance.

Take the red line to Ansim. Exit at Dongdaegu Station and walk upstairs to the Dongdaegu KTX/Korail station. The Tourist Information booth is located outside the train station near the line of waiting taxis. At the booth, purchase a ticket for the Daegu City Bus Tour to Gatbawi. It’s one of the many tourist destination choices, of which you’re allowed to pick at least three. Bus ticket admission is 5,000W but be aware of bus schedules and when the last bus leaves Gatbawi.  You can catch a taxi there, as well.

About the author:
Christine Kaaloa lives and work abroad as an English teacher in Daegu, South Korea. As a vegetarian, she hopes to survive off of Kimchi & tofu, while balancing culture shock & learning to speak Korean! When not teaching, she pens GRRRL TRAVELER (www.grrrltraveler.com ) her own travel blogsite, as well as a teaching blog, My Crazy Kimchi! (www.crazykimchi.blogspot.com)