JSMP! When your Expat Honeymoon Fades (Hitting the 6-month mark) 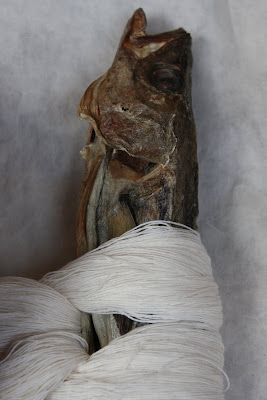 Chuseok (추석), the Korean Thanksgiving is  next week and EPIKers are abuzz with vacation plans… again. This is a six-day vacation for many NETs, so imagine the excitement! Though summer was only four weeks ago, the national holiday will give NETs a second wind for getting over the hump of months to come. Why?

We’ve officially hit the 6-month mark of living in Korea and this vacation will be our last breath of freedom until December. Thus. the freedom we found in our summer vacation getaways have made returning to Korea, our schools  and the Korean school cafeteria a bit more …challenging.

Has the expat honeymoon faded?

Hitting the 6-month mark: when your Expat Honeymoon Fades

If I have to see seaweed soup one more time…

Koreans love seaweed soup! It’s supposed to be great for pregnant women and it’s the ritual food for birthdays. But I am neither pregnant, Korean nor having a birthday, and the sight of its milky green goo makes me shudder!

I feel guilty saying this. Especially because I like my cafeteria manager and she’s always setting a separate vegetable dish aside for me.

There are foods that I do like… but the things I once politely took onto my lunch tray and smiled courteously to, I just don’t want to see anymore…

What’s going on with the expats around me and why are we going through a similar funk? Have the leashes been on too tight?

Maybe it has something to do with the 6-month mark.

Maybe we all need to come up for air.

How is the expat honeymoon fading?

Adapting to the foreign surroundings of Korea, ranges from highs to lows, and it’s unpredictable, how its roller coaster runs.

I think it all just comes with the territory of living abroad and battling the ups and downs of a country that’ not your home.

But if there ever was “a honeymoon period” for some of us, this 6-month window may have signaled its turn. Word on Facebook sums it up- everyone is exhausted with navigating the rigors of Korea to the point of being fed up.

It’s like a couple’s argument over who leaves the toothpaste cap off or the toilet seat up. The pettiest compromises and most minute differences, now loom large to urk, disgust and place a strain on a once pacified relationship.

•  A tug-o-war relationship with your co-teacher.

•  Sitting in long-winded conversations between Korean teachers, where no one translates things for you (…And out of politeness, you can’t leave until the group disbands).

•  Not feeling improvement in your mastery of the Korean language, despite taking classes. (Only further exasperated by Korean teachers not translating things for you)

•  Storing your perishable trash in my freezer, until there’s enough to fill your trash bin (you have to pay for the garbage removal!)

•  Watching friends get preferential treatment because they “look foreign”!

• Koreans assuming you’re Korean just because you look Asian; and thus, you are not given preferential treatment, but instead, scoldings.

•  Finding your nose has developed an acute sensitivity to the “fishy smells” which greet you daily in the school lunchroom; and the realization that certain foods really, really turn you off.

Occasionally, I’m tempted to give into the “US” against “THEM” mentality

…it’s a monster that takes energy to restrain to a cage.

But I need a break.

While I know I should be patient — sometimes, I just get tired of the overall struggle.

It’s as if I’ve scarfed so much cultural foreign-ness to acclimate, understand, respect and survive, that now I want to vomit.

Incidentally, I thought I was the only one who’s developed food funk but it seems there’s a bit of a vibe going around. Some EPIKers want to ask if they can cancel their (*compulsory) school lunch plans.

Should I renew your teaching contract?

Will I re-new my contract for another year?

I’m trying to keep an open mind (but I’m also fielding backup plans- if anyone has ideas send them my way!). The school, my co-teacher and DMOE’s treatment NETs will be a big factor in my decision process, as well as whether I feel adopting a kimchi lifestyle has held positive or inspiring benefits.

For me, I’ve booked tickets to Jeju Island and next week I’ll be off to the Korean Hawaii.  I’m excited.

Hopefully, I’ll reignite my fading fascination with Korea… or if nothing else, discover a small window of escape!