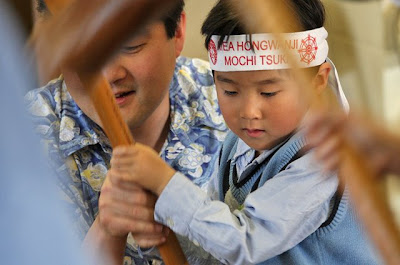 click here to view photo album of the event

Aside from canoe paddling, surf boarding, and lei giving, Hawaii’s mystique and “Island Style” juggles other exotic mixtures like SPAM culture, luaus, playing fireworks and the ability to Li Hing everything. Visitors have it right when they feel Hawaii to be its own country- it practically is…

Hawaii’s culture is unique- its traditions originate from the “adapted versions” of several ethnic minority groups.  They are responsible for cultivating the mixed plate ingredients of the islands. It’s like an Everything Stew.  Each contributes a part of their heritage  to the cultural stir; thus, creating the local island flavor. For instance, Hawaii is the only state where it is customary to remove your shoes before entering a person’s house. Very “Asian-family”, right?

Additionally during the year-end holidays, the stores are stocked with two things- fireworks and mochi. State-wide fireworks on New Year’s Eve are an annual ritual in Hawaii adopted from the Chinese tradition of  playing of “firecrackers” as a symbolic act of chasing  evil spirits away and inviting good luck, fortune and prosperity.  Meanwhile, the Japanese  community adds flavor to New Year’s Day celebrations with mochi. 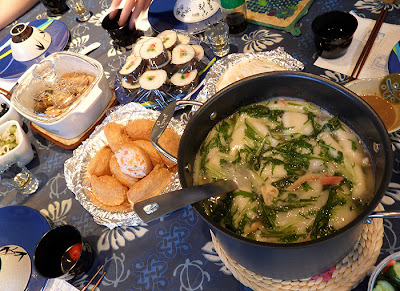 Mochi is made from a sweet  rice, cooked and pounded to a sticky and chewy consistency. It comes in a variety of colors and sometimes, are filled with sweet fillings like black bean or white bean.  However, these days, green tea, taro and peanut butter  are also used.  You will find mochi sold in most grocery stores year round, but especially during the holiday season, when stores have full aisles and shelves dedicated to mochi sales and the symbolic blessing of strength, longevity and good health.

Last month, Aiea Hongwanji sponsored an event, which invited spectators to participate in the ancient art of traditional mochi making. Being half Japanese and loving my mochi, I attended. At times, I can be a bit of a Japanese Jessica Simpson – I didn’t know mochi could be made any other way than out of the box (and just add water)!

Rather than risk being a blond Asian by fumbling in my attempt to explain the process, posted below is a video that my dad shot and edited at the event.

For local Japanese-Americans in the islands wishing to preserve their heritage, mochi has multiple entries into the new year. Mochi has long been a festival fun snack. In the case of New Year’s day, it is given as “chichidango” (small pink and white rectangle pieces wrapped individually and given in bags as good luck gifts for neighbors and friends). In other cases, it is turned into mochi soup, a traditional and symbolic dish, bringing fortitude and strength unto its consumer and spurring family competitions as to who will slurp in the highest count. Finally, the double-stacked mochi topped with a tangerine and placed on paper with good luck drawings are positioned at gravesites for loved ones and in prosperity points throughout homes and businesses to attract enduring prosperity, wealth and fortitude. 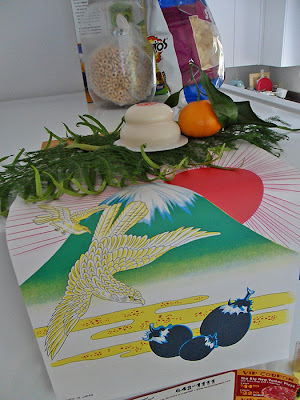 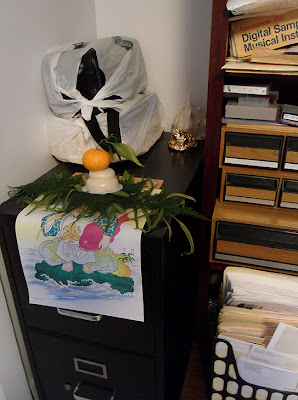