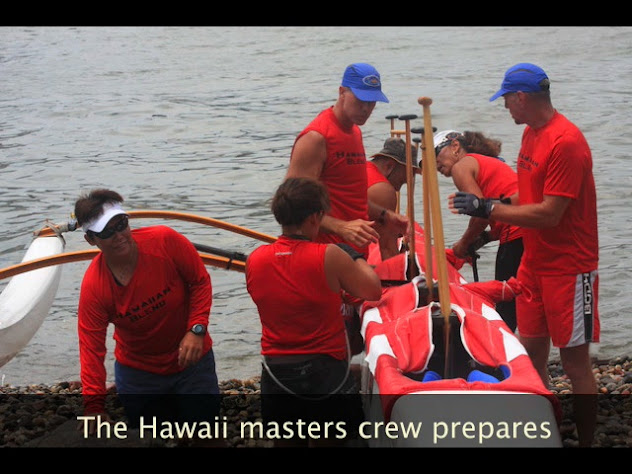 Canoe paddling is not a sport that naturally comes to mind when you think of New York City or the East Coast, …but think again.

Each summer, east coast canoe clubs  make their way out to the Big Apple for the New York Liberty Race to represent their coastal state in a race which starts from DUMBO, Brooklyn and rounds the Statue of Liberty. Fifteen outrigger clubs came out to participant in the event this year- teams from New York, Connecticut, Pennsylvania, Washington D.C., Canada, Boston and  Florida, with five teams to represent Hawaii .  Who knew the Pacific Island sport could find lifestyle pasttime on the east coast?

With my sports star sister in town with some of her Hawaii outrigger friends, I was there to take in the race events for my second year.  Surprisingly none of the Hawaii clubs took the lead to win a medal even with their seasonal to year round trainings. Clearly however, the Hudson River channel was not the water arena they were used to.  One Hawaii paddler expressed shock after the race at how the river’s strong current threatened their competition with the danger of meeting Manhattan’s rock-walled lining.

“Sometimes the current would push us too tight to the shore. We were fighting the river’s fast current to keep our canoe from crashing into walls… You know in Hawaii, you’re out pretty far in the ocean- there’s no way you’re going to crash into anything unless its another canoe.”

Another paddler expressed annoyance that the Hudson River’s regulations and rules presented another dimension to the challenge in that it gave priority larger boat in the crossing.

“Unfortunately, we got held up in one of those boat crossings. We weren’t allowed to go around or pass the river boats but we had to wait for them to cross first before we could continue… by that time, the other teams were long gone!”

But despite the challenges of racing on the cold and rapid eastern waters,  the excitement of traveling to New York City and waving Aloha paddles at Ms. Liberty gave the race a spirit of flavor and new excitement. As for my sister,

“Its meeting those challenges that we’re not used to competing in when we’re in Hawaii that makes participating in the Liberty Race unique and fun! That’s why we’re here for our second year”