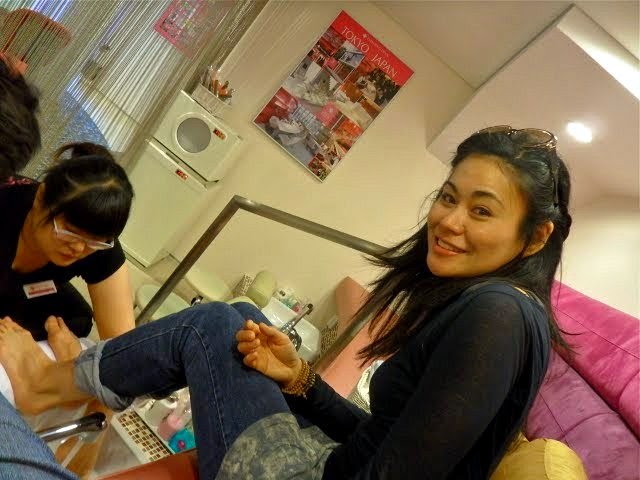 Updates: A) My family came out to Korea for a visit;  b) My mom, a retired school teacher, got to step into my Korean school with me and I admit, I was a bit nervous having her come. I didn’t know if she would be treated well or in the lame way I was. Fortunately, she was given a royal tour by the principal, and  c) I just made my second trip to Costco!

As a traveler trekking all around on foot, there are times you get to feeling like a bit of a rag doll Cinderella.  If you have explorer mentality, you’re on your tootsies from sunrise to midnight. Your feet probably wears serious Grrr and looks like it to! So I thought I’d treat myself to Dashing Diva Seoul.

I was in Seoul for Buddha’s Birthday last weekend, continuing my love affair with the city and with Appujeong, exploring all of it via foot. I just came out of Barbie’s clothing store (yes, really. ..) feeling a little foot worn from all my walking, when I stumbled on my foot salvation and no it was not Doctor Fish (a line which markets pedi-pampering via fish nibbling at your feet…gross)! 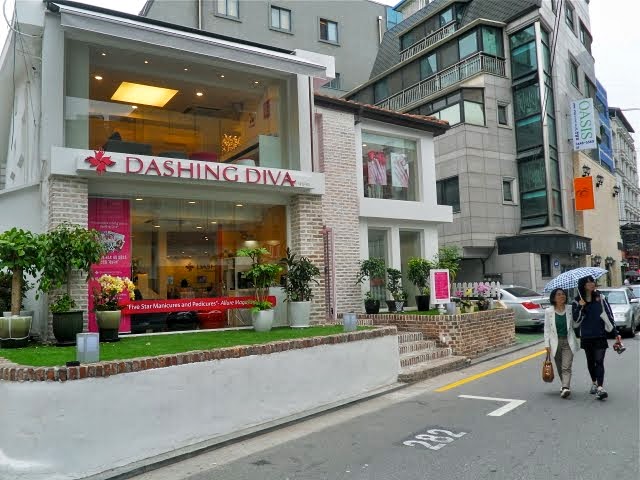 The Dashing Diva Seoul is a hip and funky nail salon with eye-popping lively fuchsia trims and a logo reminiscent of my spoiled life in New York City. Aside from the building’s elegant, friendly and open window architectural design, there was a mural-sized ad screaming fashion PR they’re proud of (InStyle, Elle, Allure and magazines who have previewed this international chain).

Korea has a way of advertising itself like that.  Sometimes it feels like every food cart or restaurant has appeared on television and it’s almost enough to render publicity fame meaningless.  Still, if Dashing Diva was good enough for Instyle and Elle, it was good enough for me!

However, in a neighborhood like Apgujeong (the Beverly Hills of Seoul) the cost of being a diva couldn’t come cheap.  I held my breath and went in… 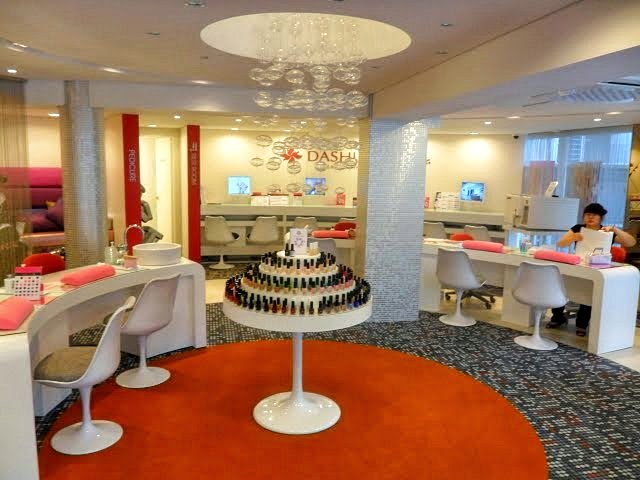 The interior view of the salon did not disappoint. I felt like I was in a space-aged bubble gum Madonna video, with metallic ball curtains and white-gloved technicians.  It was trendy glam in the way celeb divas like Rihanna, Brooke Shields or Rachael Ray might like it.

Best of all, it was unpretentious and down-to-earth.

The hostess came to me with a menu of their services and attempted to explain it in her almost English.

A basic pedicure (cleaning and cuticles) cost $20, while the base manicure runs a bit higher than norm at $15.  (New York has one of the lowest standard rates you wouldn’t expect, approx $10 for manis and $20 for pedis)

The next day, I brought my friend Soo Ha along for a day of girlie bonding and pampering (neither of us are actually good at being girlie).  When we arrived, the hostess asked for our reservation… oops! She was kind enough to squeeze us in, not make a big deal of it and offered us tea.

Our technicians couldn’t speak English so Soo Ha also had to translate what we wanted. Meanwhile, a mother had brought her youngster, for a mother-little daughter spa primping (the salon offers Little Diva manicure packages, as well). 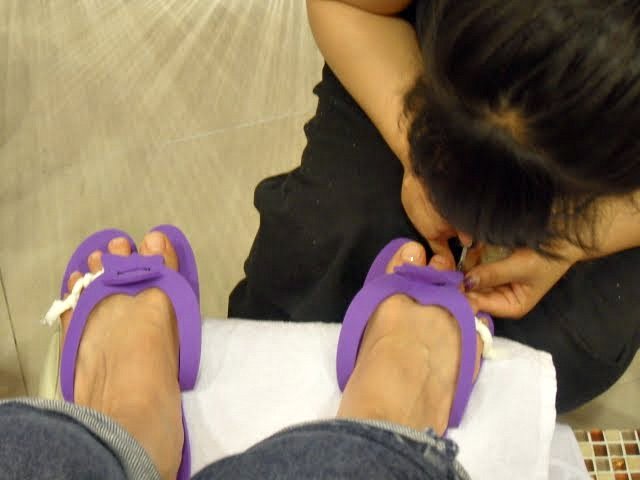 In my purple foam slippers, while my technician works away.

A young woman sitting next to us requested shiny metallic press-on nails affixed to her toes.

Until I moved to Korea, my vocabulary of nail art consisted of Lee’s magic press-on acrylic nails, glitter paint, stickers or diamond-studded nail designs.  However, Korea can take nail artwork to a fantastical level of lacking practical use. It can be taken to the level of high art, which I didn’t know.

On nails, you can have color paintings, 3D scenes and images. The art has grown to the heights of being practically sculpturesque.

My how my nail vocabulary has grown in such a short time. 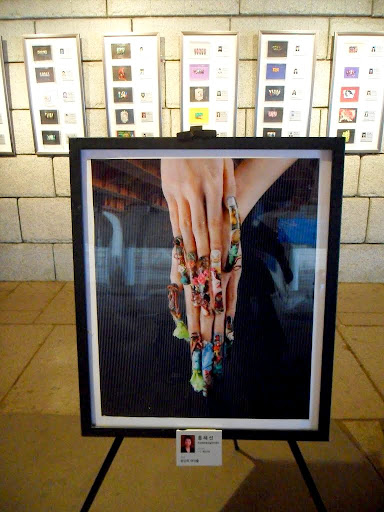 At a nail artwork exhibition in Seoul 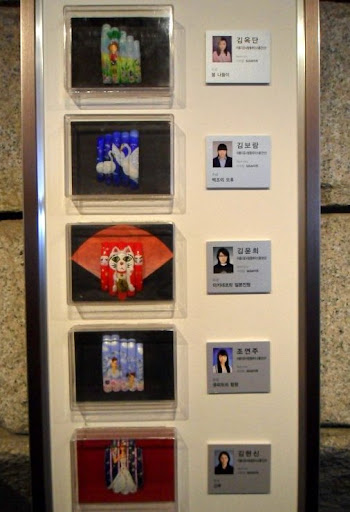 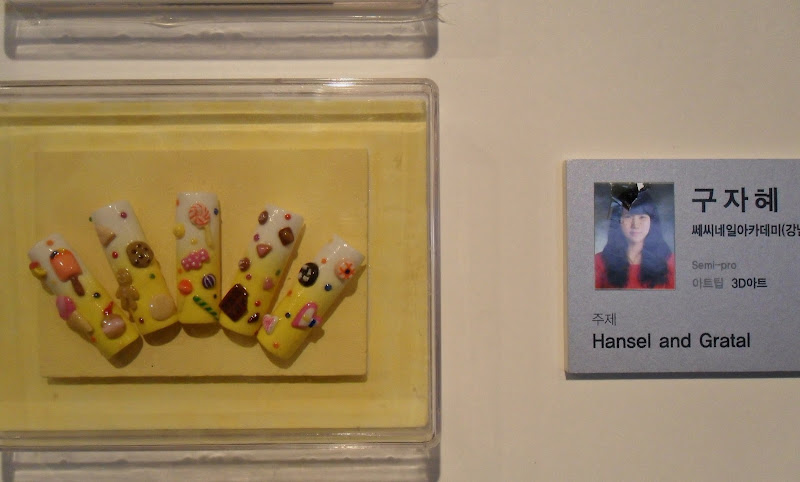 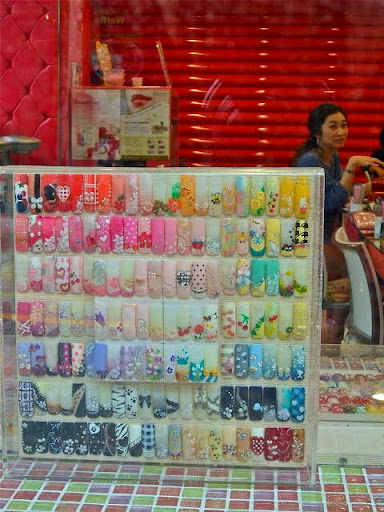 Neighboring salon displays their nail art in the window

Press-on nails with design of texting icons (totally simple but I love this design!). 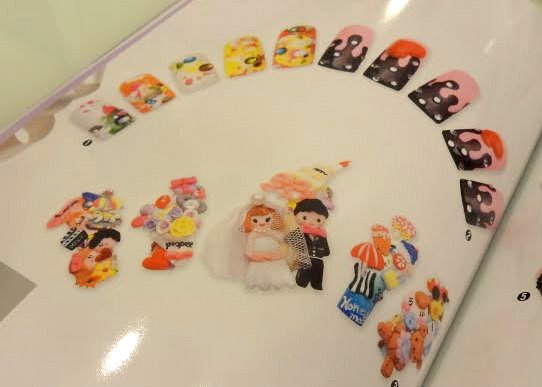 How the Dashing Diva is Hip on Hygiene

What’s impressive about Dashing Diva‘s quality is their high regard for hygiene and sanitation. They use individually wrapped and autoclave tools, ceramic whirlpool bowls and your own manicure kit to assure you that no one else has used it.

In essence, everything they use on your feet is clean (although seeing as I’ve already jjimjilbanged it twice now, I don’t see how that could matter). 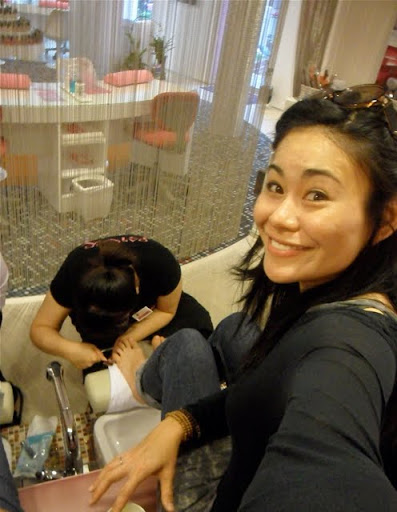 The one downside to Dashing Diva in Seoul?

They don’t do foot scraping. No razors.

According to our hostess, it’s not sanitary should there be any cuts. Cuuuuts?…

Point well-taken if you don’t know how to shuck a foot. But as a westerner used to standard foot scrapings in New York (and performed in the way one might shuck corn husks), as the most effective method to achieving a baby’s foot, this executed a silent, wide-eyed look to Soo Ha saying “What have I done?”.

Apparently, to pedicure  the bottoms of your feet so that they’re baby soft is the next service (aka the Divaroma package at an added $15 bump). This includes a massage and color (aka paint applied to my nails).

… Or I could have an even better package (the Spoiled Diva pedicure $50) with some heat melting service, which would supposedly reap the exact baby’s foot I wanted.

I thought a  ” pedicure” was a pedicure and fairly standard in most countries that offer them.

Alas, either my cultural ignorance serves me wrong or Dashing Diva has changes the rules, per country!

Yup, the initial $20 cost for a pedicure was too good to be true.

Although my hostess explained that my technician would try her best to give me a foot scraping (because I was really disappointed not to get one), the “try” part in her voice, didn’t ensure much confidence. 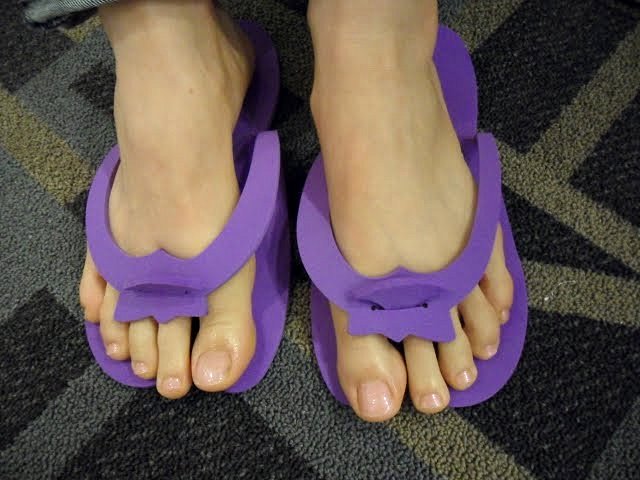 My technician scraped away. No, skin did not go flying. She pseudo-“shucked” me delicately and barely, with a protective rubber upon the razor, such that I was tempted to grab that razor and have a go at it myself out of sheer frustration.

But when she was done, she applied some massage oils, filed plenty and stuck my feet under a drier. Despite the anti-scraping, my pedicure actually turned out well I think (must have been magical oils).

Would I go again? Well, to pay such a high cost for an almost but not quite, next time,  I might just try the cheaper salons in Seoul.

YouTube Courses & Mentorship is here>> Check it out Dismiss