He was the first person  that greeted me when I walked through the door of our Indian restaurant. I let out a partial shriek…

Okay, so it wasn’t Shah Rukh in person. He was on TV,  lip-syncing and dancing through music videos from his movies. But it didn’t matter, he was in Korea and I was looking at him!

Everyone has their weakness. Mine is Indian food and Bollywood films. From cut and paste directions from K-blogger, Seoul Eats‘ review on vegetarian restaurants, Soo Ha and I were plugging for an Indian/Nepalese food joint called Everest Restaurant. It’s said to be near Dongdaemun station in a sort of Little India area of Seoul.

Round and round we sped, while getting slammed with ice-burning air from Soo Ha’s scooter. We passed busy streets and crowded alleys–

Where the hell was that friggin’ station?!

Riding on a scooter (without a face mask) during the mean bite of winter perhaps, was not a good plan; but there’s nothing like seeing Seoul from the back of a scooter, especially with Soo Ha. Korean-Canadian and living in the city for roughly 10 years, Soo Ha cuts (uh, ‘illegal’) corners, hops onto sidewalks and whizzes past traffic, like a certified crazy food delivery person in Seoul.

I love that about her!

Finally locating the station, we parked the scooter and followed the directions.

I didn’t find pirated Bollywood  DVDs on the streets, though I half expected to when I saw Indian and Nepalese folk walking the streets and streaming out of restaurants.  Nope, just Korean DVD songs and music. Maybe there’s international shops and items tucked away that I didn’t see… But apparently, the area near Dongdaemun station is frequented by the Indian and Nepalese community. They have a handful of Indian/Nepalese restaurants there. But there was no Everest.
Instead, there was only a Mountain Top restaurant! 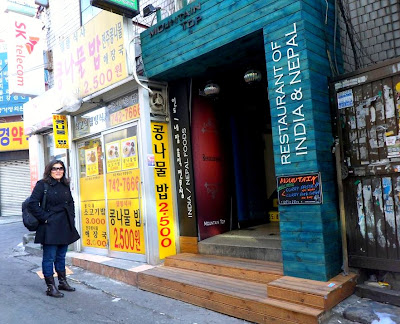 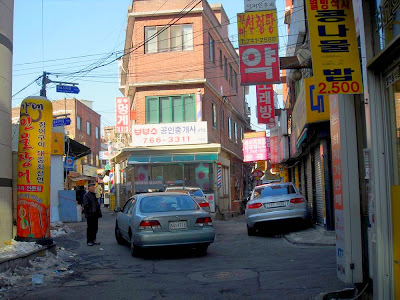 High atop the second floor, sat the cozy eatery. The rich musk of Indian-scented spices were warm and enveloping and the menu offered both, vegetarian and meat dishes.

We ordered a Thali dish with a vegetable curry, daal,  spinach and potato curry . We ordered both, garlic and butter naans. Knosh-ably good, the portions felt more generous than other Indian restaurants I’d been to and dishes came at a palatable price.

Sometimes, ethnic food –even Indian– can be a bit Koreanized. Corn mixed in mayonnaise, mustard drizzles… not here. The food was straight-forward simple and fit to the taste of the Indian and Nepalese locals, who were casually coming and going in the place.

If you’re looking to get your Indian food fix, but can’t find Everest Restaurant or Mountain Top Restaurant, just look to where you see its Indian and Nepalese locals conglomerating and head on in.
.
I finally found a  little balle! balle! balle! in the pali pali lifestyle of Seoul. 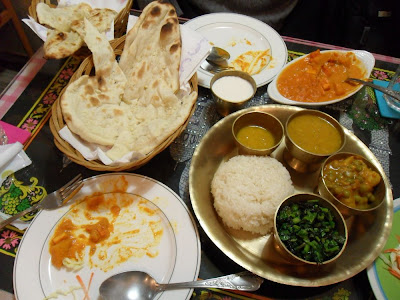 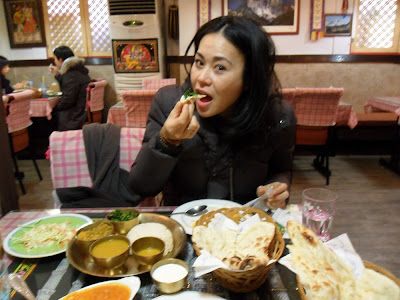 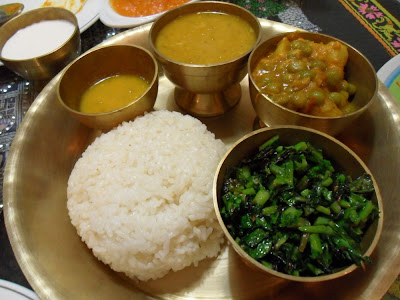 .
Mountain Top Restaurant
website: www.mtopfood.com
Tel: 02-744-3581
070-8285-5368
LIne 1, Dongdaemun Station, Exit 3.
Go out the exit and walk straight to the end of the block. Turn left at the bank and walk 50 meters down a small side alley street. It’s just before the picture below, on the right- aquamarine doorway. Go up the stairs.