How to take the Delhi Metro, get an Indian SIM & make new friends 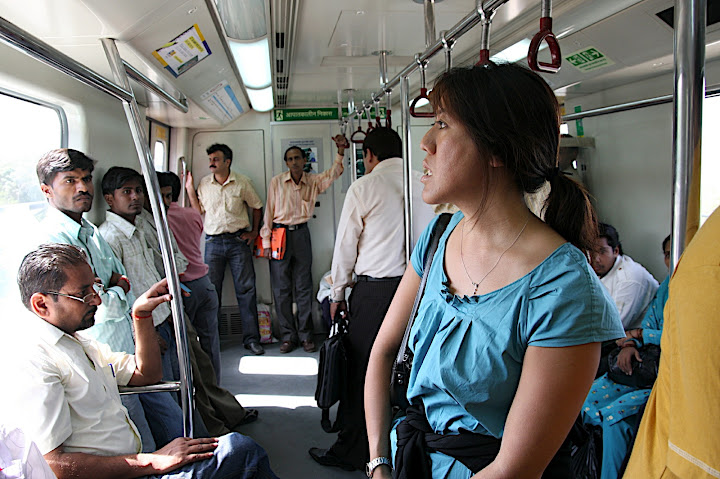 On the delhi metro

Back in Delhi. This time around (post scam tour), I am CONVINCED I will make it better!

Getting an Indian SIM


Getting an Indian SIM can feel difficult for a traveler, because you have to show a lot of little proofs. But otherwise, once you have it, it’s supposed to be easy. For us, it wasn’t.

I met my friend, Regina, at the Vonnage store in Connaught Place. We needed to report that the SIM cards Regina had purchased for us were NOT working and we’ve been without use of our phones since. The store gave us the run-around & it’s true that anything dealing with the purchase of SIM’s in India is a real hassle & more strenuous than applying for a Visa! Proof of residence or hotel stay (a written letter on letterhead stating exact dates of stay) IS REQUIRED.

This is difficult for a traveler that plans from day-to-day. But Regina wisely brought her Hawaii driver’s license for proof! After straightening out confusions, we were off to the metro and the district of Dwarka, a serene residential sector in Delhi with clean town houses, apartment complexes with not a visible stain of poverty!

How to take the Delhi Metro


Auto-rickshaw drivers are a hit or miss. They may ask several people along the way for directions or may decide NOT to pick you up if you’re not going to an area he doesn’t feel like. I had a rickshaw driver who took all of 15 minutes and several neighborhood inquiries to drive to a place which was 5 minutes away on the same street.

A cheap and quicker alternative is to take Delhi metro- you’ll save time, money and haggle energy!

Taking the Delhi metro system isn’t hard. It’s still new and its surprising to see a different life exists on it.

Facilities are clean, people are better dressed and overall, the environment is degrees cooler. Seeing as India has an issue with sexual harassment, there’s a Females Only car, stricty for women. India is pretty good about sectioning its women.  Step into a car without looking to see if its a Females Only car and you’ll find yourself surrounded by men! If you’re a foreign traveler, they’ll look at you. It’s mildly uncomfortable.  There is NO eating or drinking on the metro and at 19Rs (a little under 25 cents!) it’s cheap! You’re charged by the district/distance.

Sometimes, you have to put your bags through security check, which is a bit of a pain. This is for high activity places like Connaught Place. But otherwise, you buy your ticket, enter the turnstiles and board the metro when it arrives. 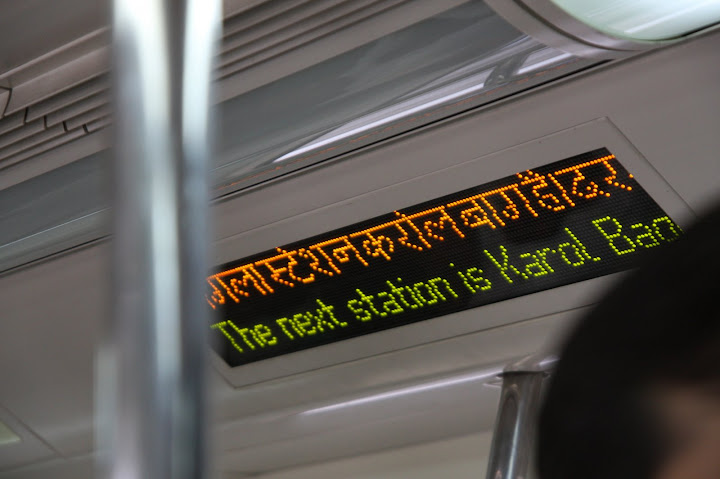 In the Delhi metro: electronic signs announce the next stop 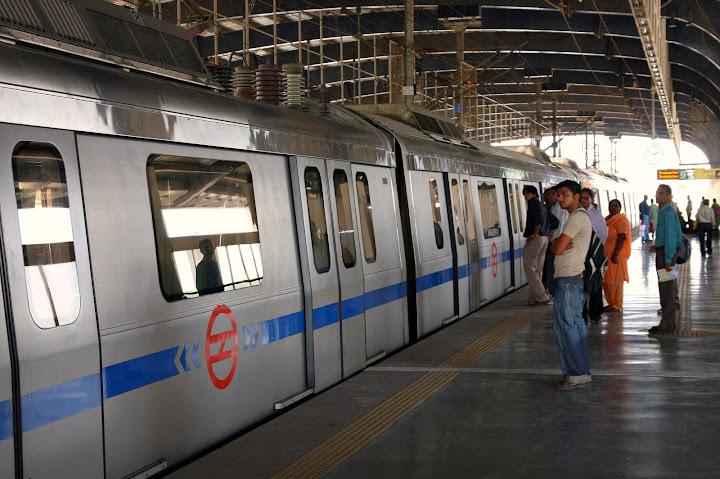 Delhi has a nice new metro

It’s Regina’s birthday and Regina’s Indian friends, Ramina and Reena, were hosting a luncheon celebration; we were all invited.

How exciting! A trip to a foreign country doesn’t have much bearing if you’re always seeing things from a tourist’s perspective. As tourists, we  take pictures of every oddity that’s not in our cultural vocabulary. EVERYTHING is a novelty or an untrained circus act. I was even taking pictures of my food for a while. It’s hard to find the delineation between shooting tourist stuff vs an authentic experience.

Lunch at Reena & Ramina’s Dwarka apartment was scrumptious! Our hosts made a delicious rice biryani,  daal (aka lentil stew), chicken curry, veggies, dessert, etc… It was a feast to feed us all. This was Indian hospitality!

Regina and I stayed for a longer chillax time with the sisters. Nearing their 30’s, the sisters Reena & Ramina come from a class of modern Delhites. Dressed leisurely in tank tops and shorts, they are both, beautiful, single, working career gals on their day off, with very warm and earthy demeanors.

Hailing from Manipur (where Regina thinks we might be able to pass ourselves off as being from to blend in, as the features we hear lend toward an Asian-Pacific Island look), the sisters have made their home and careers in Delhi- one in advertising and the other in non-profit, conservation wildlife. The girls are genuinely chill people. 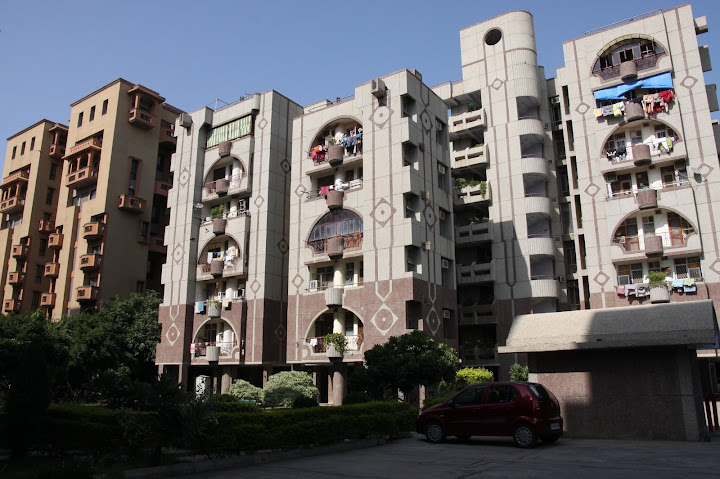 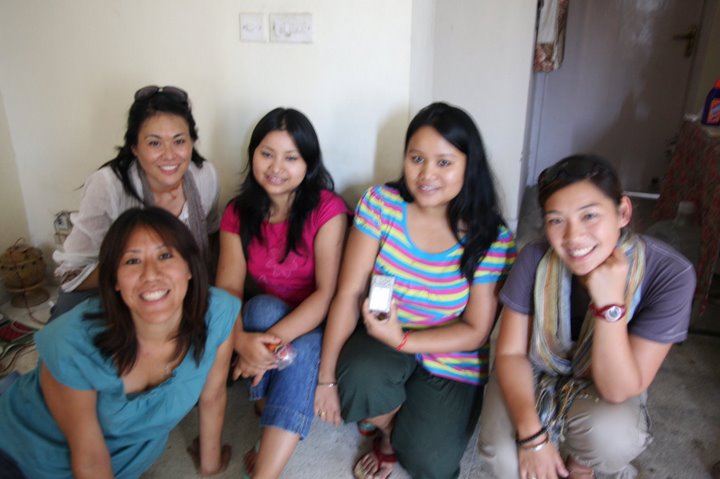 
With our new friends, Ramina & Reena and my new Delhi Facebook friend, Sandeep (whom I met that eve) we were at Cafe Morrison, a hip rock-n-roll bar in Greater Kailash, south Delhi. Sandeep, in his 20’s, is raised in an affluent Delhi family and took his college schooling in the States. He is jovial and fun and immediately I know I will like him as a friend.

Bars and clubs in India are not what I imagined. Rock-n-Roll bars are a funny thing to me and even funnier when it’s a rock-n-roll bar in India. All of it is rock-n-roll America, music, dancing, drinks, bar food … NO India. (This feels odd when you know you’re in INDIA). The young Indian hipsters come out from the crack in ceiling and remindi you that Delhi is capable of being modern.

Delhi shuts down at midnight

Sandeep, a true Indian gentleman, kindly offered to drive me back to my hotel in dreadful Paharghanj. He knew it was unsafe for me as a female and I felt unsafe returning at this late an hour! We waited for Regina to hop her cab to her hotel and were off!

While Sandeep had lived in Delhi most of his life, places like Paharganj were far removed from his vocabulary. So we had to stop occasionally to ask for directions on how to get there. In India, it seems the poor can’t get out and the rich have to ask directions as to how to get in! 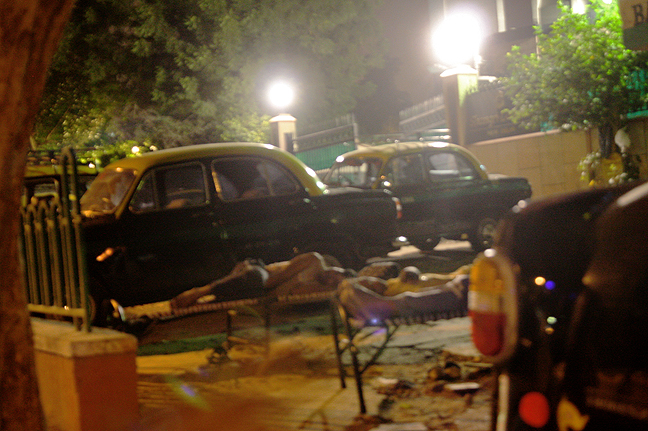 Most of the hours I’ve seen Paharghanj, it’s been bustling with human traffic, so I wasn’t expecting a CURFEW.

I was thankful for Sandeep. To my sudden shock, after midnight- all was pitch black and sleeping!!! Streets & alleys were as dark as they were nameless. There were no streetlights and everything was deserted, except the outdoor bed cots speckled with employees of establishments.  There was no way I would’ve found my hotel without a friend and I definitely, would NOT have found a cab or rickshaw driver to take me through those streets at this late an hour! When we finally found my hotel, Cozy Inn, down a winding alley, Sandeep escorted me in and knocked on the glass door for one of the hotel employees to open. One of the hotel employees unrolled himself from his blanket on the lobby floor and wearily got up to unlock the door to let me in. A Guide to Decoding Indian Food