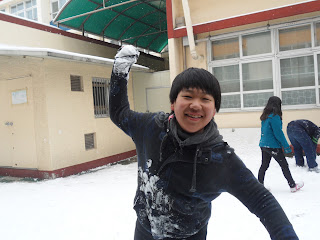 This blog is reposted from My Crazy Kimchi
.

They say it seldom snows in Daegu, but it’s been snowing all day.

Only a few cars were out on the road this morning, driving real slow. Many teachers reverted to the subway to get to work, parents accompanied their children to school on foot and it’s surmounted in a bit of displacement in the monotonous routine of drivers. School started merrily late today. 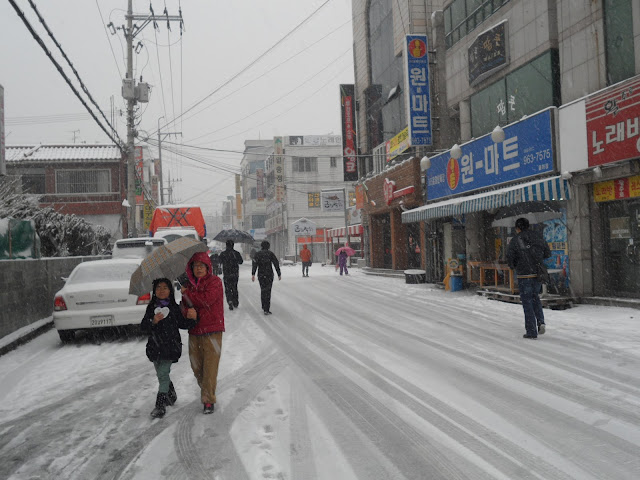 After lunch recess, the kids got into the spirit of the first major snowfall by getting into snow play. Did they build snowmen or make angels in the snow?

The best Korean Valentine is to see:

I’m not a virgin to snowfall. I’ve lived it many times in New York City and Missouri. But I don’t recall ever seeing children have snowball fights and better yet, on Valentine’s day! 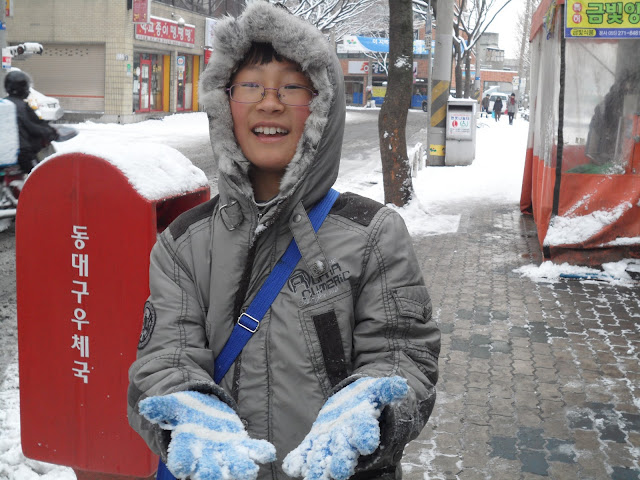 It was my first time seeing a snowball fight live and up close and it felt like the first time I’ve ever seen snow as a child! Pristine, white and full of devilish trickery!

Some of my kids were soaked. Some carried huge mounds of snowballs. Some grabbed ahold of boards as shovels to dump on others. My little ones were all having fun, “being kids”. 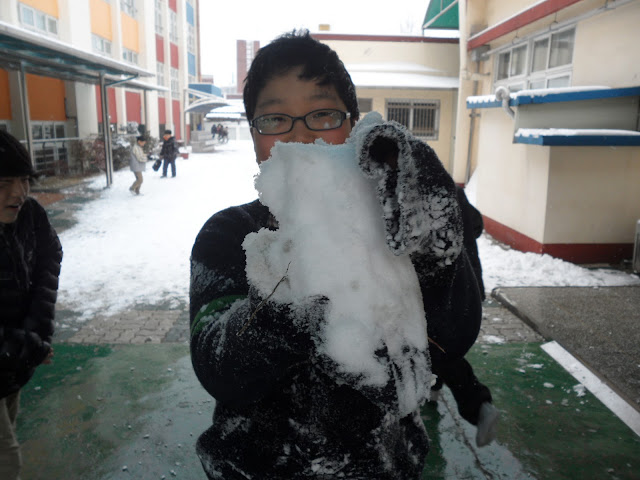 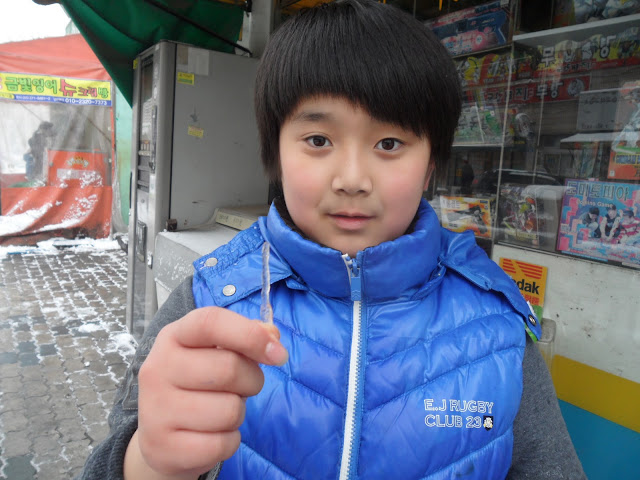 Being Korea, where the study schedule doesn’t allow much time for “being kids”, this break is good.  It was the best Valentine’s Day card I could have gotten in years. 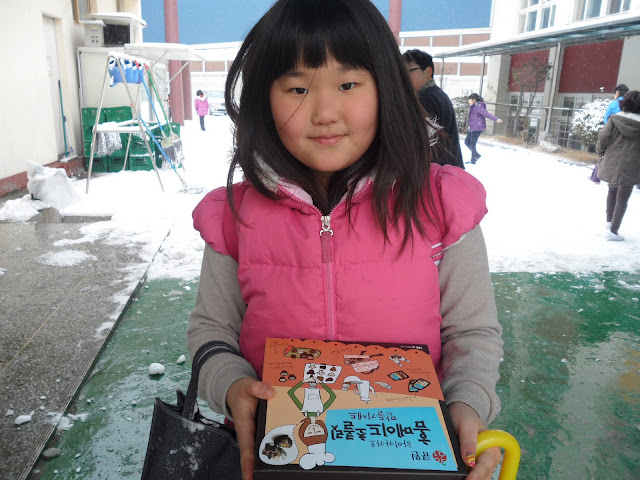 Happy Valentine’s Day! But only for boys…

Apparently, Valentine’s Day in Korea is when girls give boys chocolate and candies and not the opposite way around. 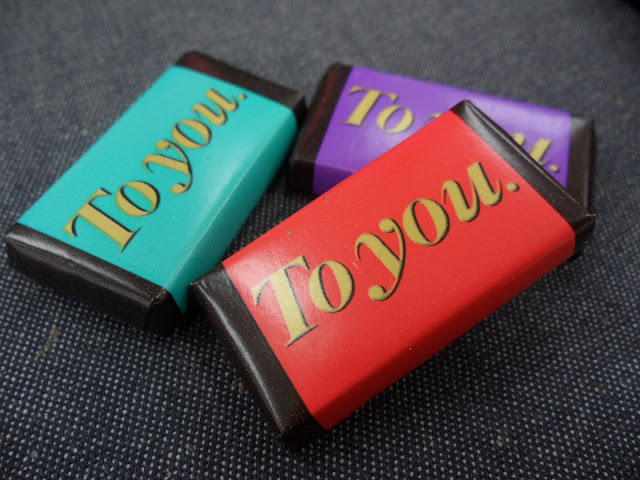 However, fear not. Girls and single folk have their days of sweet tooth loving too and they all land on the 14th!

March 14th : White Day
Boys get to repay the chocolates given to them and give them to girls they like. 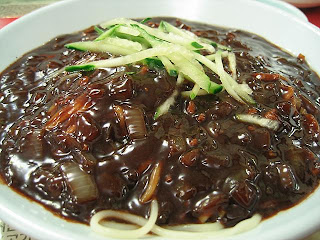 Photo from An American Seoul


…it’s compensation for being solo, I guess.

You can give your sweetheart rings to show you love them!

How did you spend your Valentine’s Day?