Things to Know Before you Go to Meteora | Greece THings to Know Before you Go to Meteora

Meteora is one of those top jaw-dropping sites I’m glad I visited.  For me, it’s right up there with the first time my mouth went agape stepping foot off the plane into Ladakh or when I saw entered Hong Kong‘s night only to witness  a endless paths of apartment light leading straight to the heavens . Jaw… drop…ping is the only word inspiring vocabulary and I’ll use it superfluously!

As alien karst mountains go, it’s reminiscent of Halong Bay and the slow riverboat ride through Northern Laos, with the exception that it’s on dry land and the rocks carry the whispers of an ancient monastic and cave-dwelling people, aspiring towards strict asceticism and spirituality.

If you haven’t read my post Mystical Meteora, I suggest you do so for a quick primer about why you’ll want to put this on your bucket list for Greece !  Next to the Parthenon or Santorini, it was one of my greatest highlights.

Table of Contents: Things to Know Before you Go to Meteora | Greece

Things to know before you Go 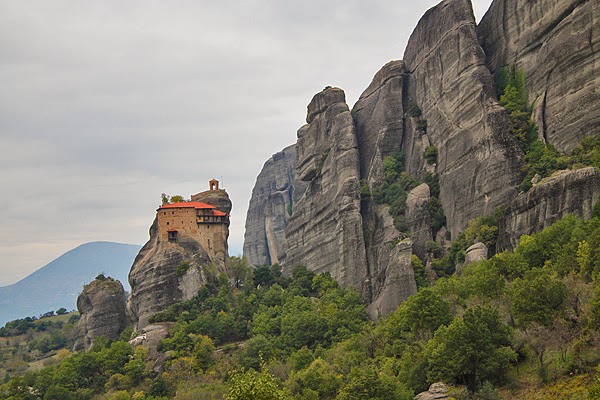 Things to KNow before you go to Meteora 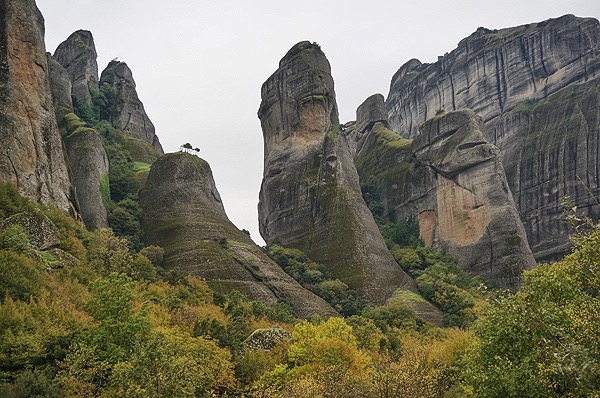 Things to Know Before you Go to Meteora 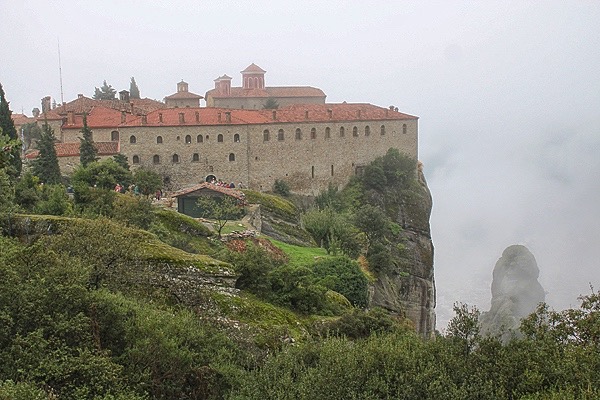 Things to Know Before you Go to Meteora

For tourists, taking a tour offers a lot of information.  Yes, you can easily see all of Meteora without a tour, but to understand its historical value is key.  While I don’t always appreciate the strict regimen of tours, a half day  tour  it enhanced my understanding of the history of the rocks and the lives built around them.  It also pointed out all the hermit caves and I personally,  found that more interesting than the monasteries.  Maybe it’s the solo traveler in me.

Most travelers get around Meteora on foot. The trail which splits east and west.  It’s almost impossible to visit all monasteries in one day, so you might want to split up your itinerary by days or decide which monasteries you’d like to see.

Along the winding road, you can see rock conglomerates, visit the monasteries and find hiking paths to the monasteries .  The road is a paved one, which you’ll share with tour buses.  There is an entry from Kalampaka and Kastriki. 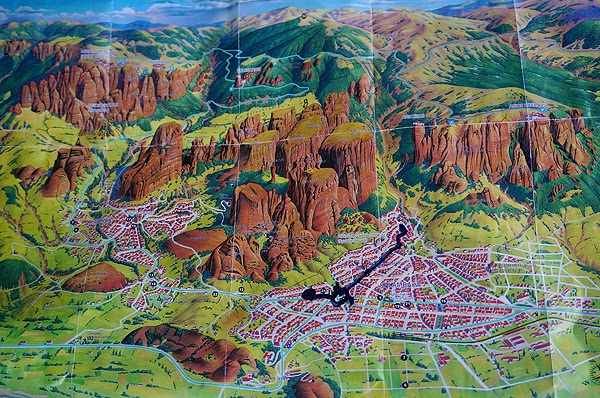 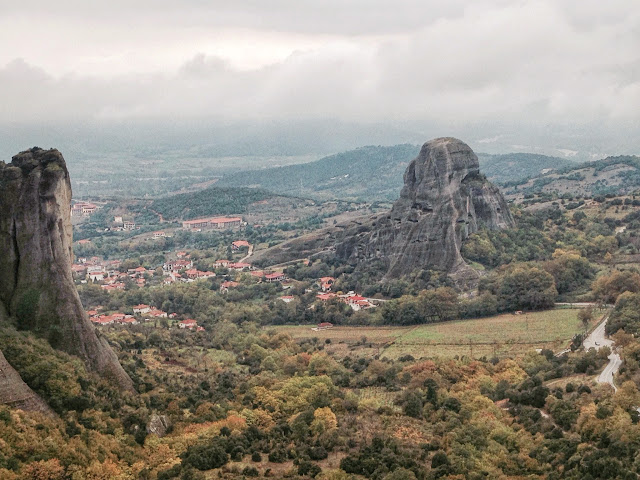 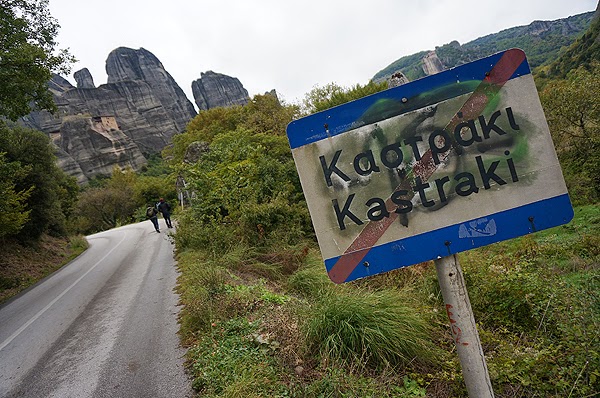 entrance/exit to Meteora from Kastraki 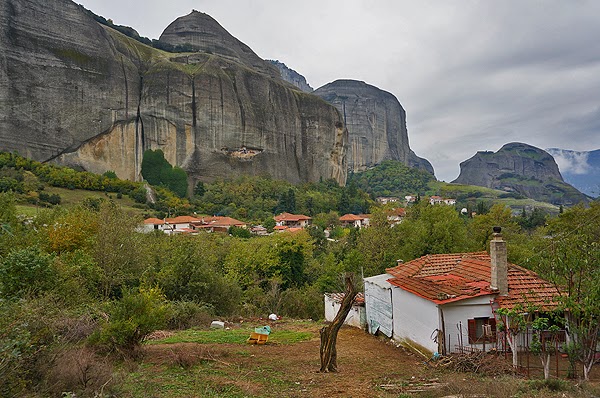 Kastraki: Village at the base of Meteora

Where to Stay in Meteora

There’s two towns nestled next to Meteora– Kalampaka and Kastraki.

Kalampaka is more frequented by travelers, as it’s central to hotels, guesthouses, shops, restaurants, the bus stop and train station.  It’s still a small town however and one shouldn’t expect fallback clothing shops if you forget clothes or athletic equipment.

There are different types of accommodations from Trikala to Kalampaka.  From 7 Euro/night Camping/RV grounds to 25 Euro+/night guesthouses and hotels.  I stayed in Kalampaka at Also’s House (Read my review here).  For other recommended accommodations, click here. 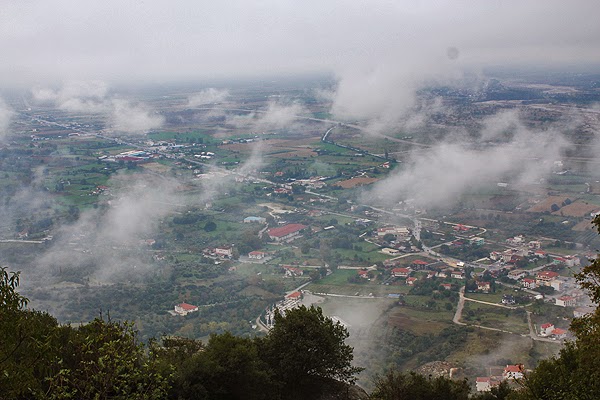 View of the towns from the Meteora rocks 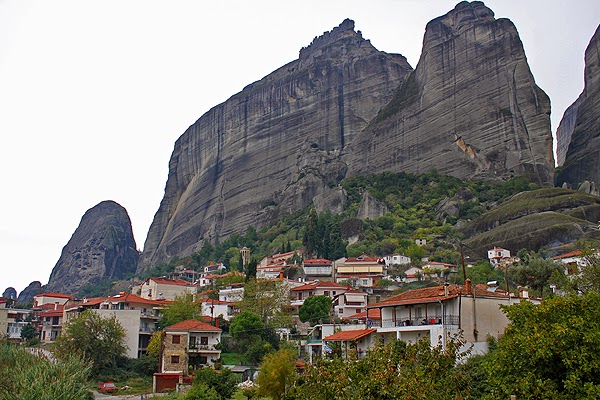 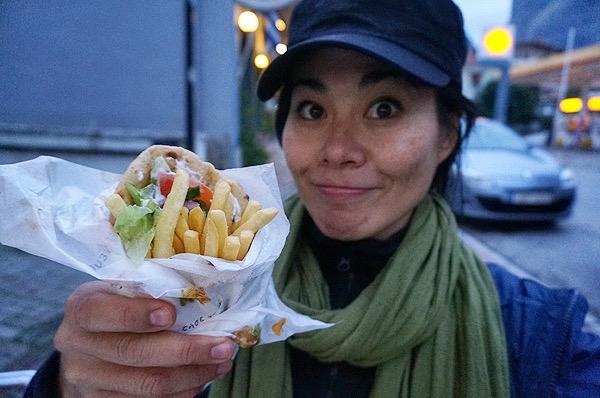 The best times to go are during fall and summer. 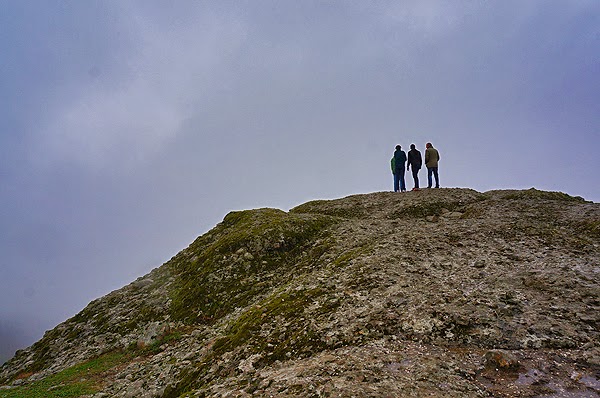 View on an overcast foggy day

Getting to Kalampaka by bus via Athens

I took a bus from Larissa Station in Athens to  Trikala bus station. At Trikala, transfer to the local Kalampaka bus.  You’re dropped off in the middle of the town. Check the Visit Meteora website

Getting there by train to Athens

There’s a direct train operating between Athens and Kalambaka, so on the way back, I took the train.  I booked my ticket the same day, but if you’re traveling during a holiday or weekend, you might want to book in advance.

Watch ‘How I Traveled Greece’

Previous Post
Are Travel Bloggers Honest in their Hotel Reviews? | A rocky stay at Santorini Museum Spa Hotel, Oia
Next Post
How to Choose your Airport Layovers | Video