Hanok houses are a step back into a traditional Korea and visiting them is like taking a step back into time.  It’s a shame that Koreans are replacing them with bland high-rise apartments. However, there are places where you can stroll through the walled mazes and see them well-preserved, such as Bukchon Hanok Village in Seoul.

The history behind Bukchon Hanok Village

Once a village of aristocrats during the Joseon Dynasty, Bukchon Hanok Villages rests in the hub of Seoul, connecting to Gyeongbokgung Palace, Changdeokgung Palace and downtown Seoul.

Read Things to Do in Seoul.

Two traits of a hanok house is that it’s eco-friendly and made of all natural substances, such as wood, straw, dirt and wood pulp.  This makes the house breathable and free of chemical substances. The other trait is its ondol floor heating system, where the heating in the house is emitted from a system under the floor. The floor is an important part of Korean homes, because it is where Koreans traditionally used to sleep or eat.   The ondol is a favorite of Koreans and you’ll still find ondols used in places like jjimjilbangs and modern apartments. 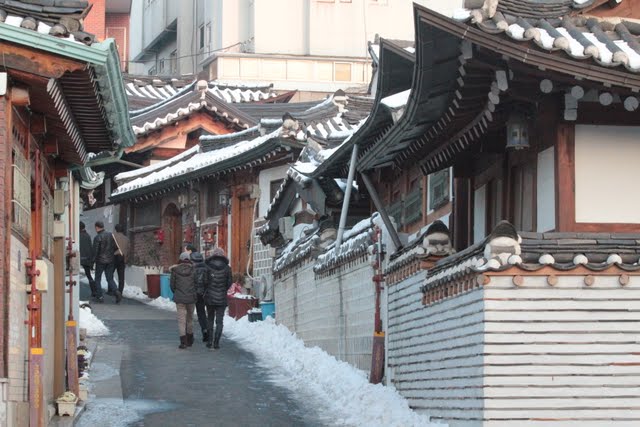 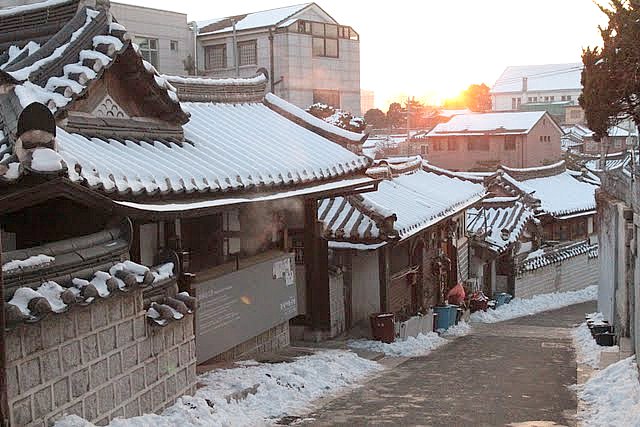 Today, the hanok houses at Bukchon are still inhabited with families. But the area is both traditional and contemporary. Some houses are converted into restaurant cafes or art galleries and workshops which teach and preserve traditional arts and crafts. The village area is also a favorite film location for popular Korean dramas.

A trip to Bukchon village, you can take an embroidery or knot-making workshop, take selfies next to your favorite Korean drama house or simply follow the streets and let them momentarily, whisk you back in time. 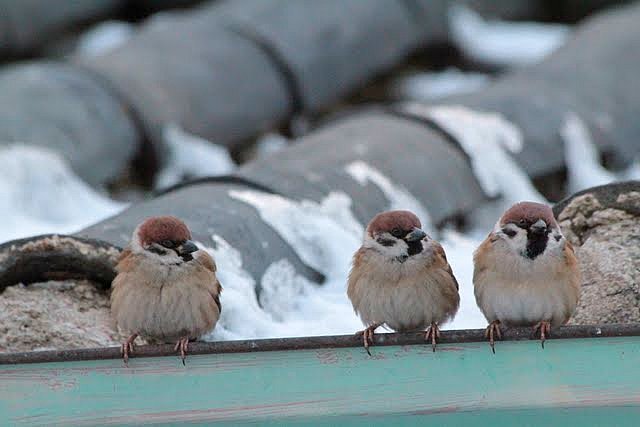 You can experience a hanok stay during your visit in Seoul and there’s several options to choose from:

Gowoondang Hanok Guesthouse  A simple and earnest quality hanok stay located conveniently near Gyeongbokgung Station with access to many sights.

Getting to Bukchon Hanok Village

By Subway:
To get the Bukchon Traditional Culture Center, get off at Anguk Station (Line 3), Exit #4, walk towards Gahoe-dong Office past the Constitutional Court.

By Bus:
Red #9710, Get off at Anguk Station, walk towards Gahoe-dong Office past the Constitutional Court.

Other Hanok Villages to Visit

There are several hanok villages open to the public:

Naganeupseong Folk Village (Seoul)  is a living museum park, with five houses, a pavillion and performance area and a variety of shows and exhibitions set up in the village. You can take a guided tour. Admission: Free . Located: near Donguk University/Daehan Theater. Chungmuro Station (Seoul Subway Line 3 & 4), Exit 3 or 4.  Nearby accommodations: PJ Hotel (review)

Andong Hahoe Folk Village (Andong) It is a UNESCO site. From Andong Bus Terminal, take bus 46 to Hahoe Village (하회마을). I recommend visiting during the Andong Mask Festival as there will be live mask performances there),

Namsangol Hanok Village is in Suncheon and has a town palace.

Cool things to buy in Korea

Guide to Jjimjilbangs and Korean bathhouses