Drive by shootings in Rajasthan: Driving in India under a blaze from Delhi to Jaipur 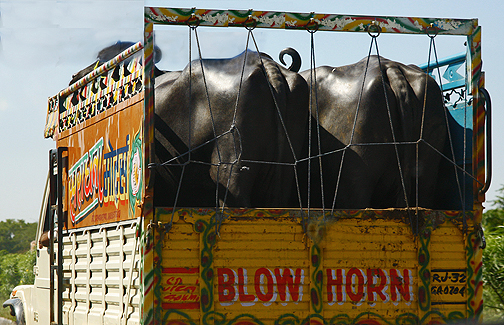 Seeing the Rajasthan region through a plate of glass while flying itinerary-speed across the highway is a blur. It’s as romantic as the music in our  driver, Kul’s car.

Drive by shootings in India : wishing I took the train

So you didn’t know India has drive by shootings? Well, it all depends on your ride and style of travel.

Our itinerary will be like a race. For photography, it meant doing drive by shoots. Bang-bang-bang-bang…

We’ll be blowing through Rajasthan in a little under a week. It’s crazy. But that’s our schedule. It’s so that we can squeeze in some time in Nepal.

The desert landscape and passing villages are a blur and while I am excited about the newness of this all, I DO spend half of the time sleeping sandwiched between another body and the door, with my ass pinched tight into the back of a little Tata car.

Shitty idea to take this tour. I can’t help but feel annoyance and regret for not having voiced my dislike in a stronger way. It grates on me. Lesson learned.

No one wants to outright admit it for fear of feeling stupid, but we’ve been scammed into taking an Indian tour we didn’t want or need. We bought a tour from one of those scam tour agencies you read about in traveler forums. Having a driver was supposed to lend more time and freedom to our sightseeing. It doesn’t feel that way. Four people in a small Tata car is not comfortable. Myself, Regina and Dan (the biggest and tallest of the group) co-mingle sweat in a cramped backseat, while tiny Margaret assigns the luxury of the front seat with the air-conditioner. Time and freedom was Margaret and Dan’s push for the tour package over the local trains we planned to take. No freedom. No breathing room to roam.

Time? It’s been hours and I’ve been my ass has been welded one position. Why don’t we rotate? No one speaks up. I infuriate myself further by not speaking up… a truly useless Asian habit.

Don’t ask me the logic…

Either way, Margaret is Kul’s favorite, so it feels a little safe to keep her there, as we don’t know if Kul is trustworthy or if he’ll be the future aid to more scams . I certainly don’t trust him right now. 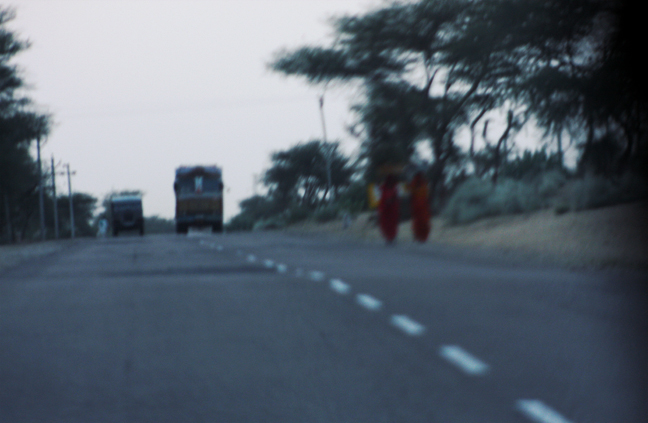 North Indian highways have all types of traffic

Rajasthan, being Northern India, is shrouded mostly in desert.

The Indian highway is more interesting than western highways. There doesn’t seem to be any rules as to what can be on it. Bicycles, farm carts and tractors… Ironically, it’s common to see camels pull farm carts here, as well as pedestrian traffic walking on the side of the road. Women balance huge baskets on their heads after coming from their farming work; sometimes, it’s they carry water jugs after having come from a well. Life doesn’t appear easy or convenient for the locals here. But this the only life they know. 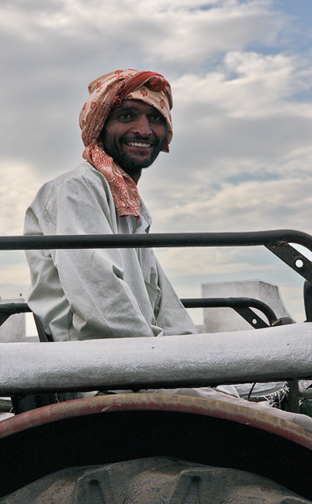 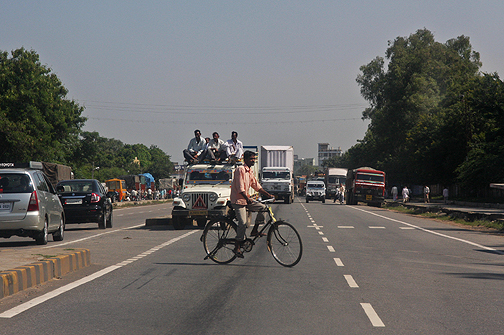 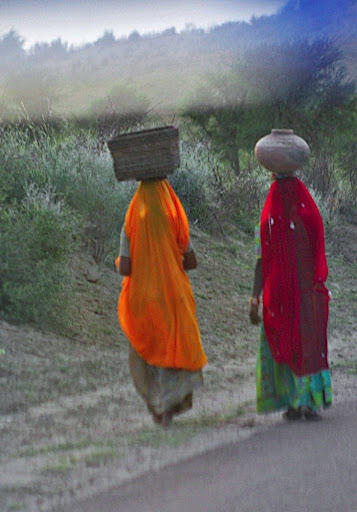 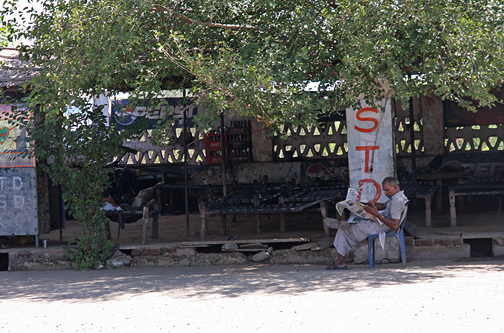 STD facilities in India. What are STDs in India? 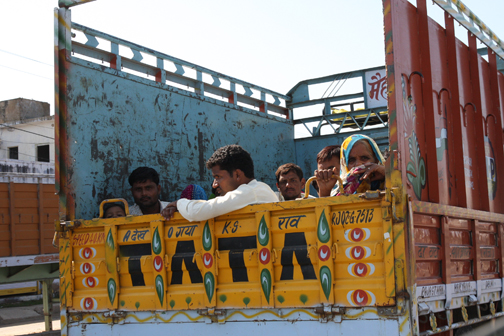 The one rule of Indian driving

If you haven’t heard the noise pollution in Indias cities yet, then let me spill it– there’s a lot of honking!  You’ll see many hand-painted “Blow Horn” signs on the back of many trucks and the reason is that honking alerts fellow drivers, rickshaw drivers, bike riders, pedestrians, cows, etc… that someone is coming up behind you and will pass. It’s like saying to someone- “Hey you, I’m going to crash into you if you don’t turn around.” This is the one courtesy rule of driving in India.

What is a Sikh?

Kul is from the Sikh religion; hence, the turban he wears. Sikhs were once known as one of India’s fierce warriors. Sikh men aren’t allowed to cut their hair or use a razor to shave. It is a symbol of their faith and of God’s perfection. They must comb it twice with a special comb (Kanga) and tie it in a knot at the top. Although times are changing and many youths cut their hair, due to social pressures to conform, etc…

Originally, to be considered Sikh you must follow the Five K’s (here’s what Wikipedia says):

<< Getting Scammed in Delhi

Rajasthan: Jaipur’s  Pink City to the Dangers of Driving on the dark Indian Highway  >>